Riddle me this : I have a price, but it cannot be paid in gold or silver.

1361. Porlock Weir, Exmoor. Thirteen years after the Great Pestilence, plague strikes England for the second time. Sara, a packhorse man's wife, remembers the horror all too well and fears for safety of her children.
Only a dark-haired stranger offers help, but at a price that no one will pay.

Fear gives way to hysteria in the village and, when the sickness spreads to her family, Sara finds herself locked away by neighbours she has trusted for years. And, as her husband - and then others - begin to die, the cost no longer seems so unthinkable.

The price that I ask, from one willing to pay... A human life...

Set in 1361, and with a clever blend of mysticism, superstition and folklore, The Plague Charmer looks at the catastrophic effects of a great pestilence which is sweeping England and as it moves inexorably towards Porlock Weir an impoverished fishing village on the edge of Exmoor, so does the threat of impending doom. The villagers eke out a lowly existence, reliant on land and sea for their meagre survival, and so when an enigmatic stranger emerges from the sea and offers them a deadly bargain which will keep them safe from the plague, well, therein lies their dilemma, to acquiesce, or not, is a decision they must make for themselves. However, the menacing gloom which emanates from this stranger is enough to deepen their sense of growing unease.

I’m deliberately being reticent about the story content because if you are familiar with this author’s writing, you will know that her work is incredibly difficult to review without giving too much away, but what I will say is that The Plague Charmer bears all the usual hallmarks of this talented writer. She infuses her novels with such glorious historical detail, that it becomes difficult, on looking up from the book, to adjust to life in the 21st century. Life in the fourteenth century didn’t happen in a rush, and this is reflected in the way The Plague Charmer is allowed to evolve ever so slowly, but as always time and place is captured to perfection. There is so much historical detail that it truly reads like a medieval travelogue, not that you would want to return to Porlock Weir in 1361, but by the time you have finished The Plague Charmer, believe me, you will feel like you have been there and witnessed at first hand the blend of horror, superstitious terror and medieval chaos which this author brings so vividly to life.

The riddles and proverbs which head each chapter are fascinating and cleverly combine folklore and superstition into the narrative. The author’s complex historical detail, which is given at the end of the novel, shows just how much attention to detail goes into the story content. Even if I didn't know much about Karen Maitland as an author I would buy this book just for the cover, which tantalisingly, offers something deliciously dark.

Best read with.. fish caught in the weir pool and a cup of pungent ale from Sybil's brew house.. 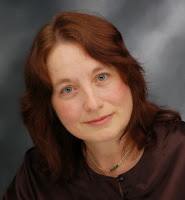 Karen Maitland is the author of The White Room, Company of Liars,The Owl Killers,The Gallows Curse, The Falcons of Fire and ice, The Vanishing With and The Raven's Head.

You can find her on her website by clicking here


The Plague Charmer is published  on the 20th October 2016 and is available form Amazon and all good book stores.


My thanks to Caitlin at Headline for my copy of The Plague Charmer.