I am delighted to welcome Jane to the blog 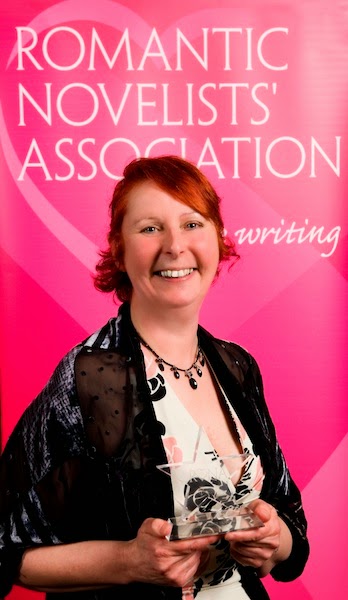 Jane was born in Devon and now lives in Yorkshire. She has five children, four cats and two dogs! She works in a local school and also teaches creative writing. Jane is a member of the Romantic Novelists’ Association and has a first class honours degree in creative writing.
Jane writes romantic comedies which are often described as ‘quirky’.

Her debut Please Don’t Stop the Music won the 2012 Romantic Novel of the Year and the Best Romantic Comedy Novel award from the Romantic Novelists’ Association.

It’s been over eighteen months since Molly Gilchrist has had a man (as her best friend, Caro, is so fond of reminding her) so when she as good as stumbles upon one on the moors one bitterly cold morning, it seems like the Universe is having a laugh at her expense.

But Phinn Baxter (that’s Doctor Phinneas Baxter) is no common drunkard, as Molly is soon to discover; with a PhD in astrophysics and a tortured past that is a match for Molly’s own disastrous love life.

Finding mysterious men on the moors isn’t the weirdest thing Molly has to contend with, however. There’s also those strange lights she keeps seeing in the sky. The ones she’s only started seeing since meeting Phinn …


Jane ~ Jaffa and I are delighted to welcome you to our blog....


Writers and animals go together like…writers and cake. Or writers and chocolate. In fact, writers go well together with almost anything except housework. Writers ‘do’ pets. It’s nice to have the company, for one thing; an uncritical presence in the room that will happily lie on your feet for three hours and not keep saying “are we going out now? Isn’t it time that you went to the shops? What’s for tea?” There’s something about the soft snores of a sleeping dog that let you sit behind the keyboard with a feeling that all is well with the world, and although cats are great disregarders of personal space and will attempt to lie on your keyboard, lap, mug of tea and anything else you particularly want to have access to, when they sit purring in a patch of sunlight, inspiration comes more easily. Of course, I would say all that, I’ve got three dogs, five cats and some chickens, and I have to justify their presence somehow.


And, having all this wildlife about the place, means that animals somehow manage to work their way in to most of my books. How I Wonder What You Are has a particularly curmudgeonly example of a mammalian life form in Stan the horse. Putting animals in books isn’t like writing human characters. The animals don’t have backstories, or angst or arcs that they have to fulfil, they just are, in a wonderfully simple way; they act as confidantes, as absorbers of worry and, in Stan’s case, as mobile waste-disposal units.

All good books should have an animal or two in them, just as most writers’ lives have. Elizabeth Barrett Browning had her spaniel Flush, Charles Dickens had a raven called Grip, I bet Sylvia Plath had an otter or something. My dogs are my excuse to get off my backside and walk every now and again, my cats…well, it’s hard to know exactly how they contribute, but they assure me they do, and the chickens are good at eating up the meals that I put in the oven and then forget about whilst writing, until they are fist-sized lumps of carbon.

Virginia Woolfe had a walrus called Simon, you know …


My thanks to Jane for her lovely guest post and to Lusana at Choc Lit for organising everything.