Review ~ The Last Campaign of Marianne Tambour : A Novel of Waterloo

Cleverly combining factual history with fiction, the story of Marianne Tambour brings alive the story of the Battle of Waterloo as seen through the eyes of the book’s two main protagonists. The story is told from the French perspective, and Marianne Tambour, a cantinière is a grenadier in the regiment of the Imperial Guard, and Liberté Dumont, who is a female dragoon and also a paid informer for the police minister Joseph Fouché. Both of the women are feisty protagonists, however, Marianne seemed to be the stronger of the two characters, and as such, her story, for me, is perhaps the more vivid.

The story is intricate and well plotted. The author clearly has researched his subject very well and this is evident in the amount of detail which is explored throughout the novel. There is much to take in, not just from the historical perspective about the complexities of the Napoleonic conflict, but also about the characters of those who command the novel. There is a splendid richness to the narrative which brings the period to life and the atmospheric explanations of the battle scenes are vivid and realistic. The author has cleverly included comprehensive historical references at the end of the novel, and also a glossary, which I found particularly useful.

There is no doubt that in this two hundredth anniversary year of the Battle of Waterloo, The Last Campaign of Marianne Tambour is a fitting tribute to the bravery, courage and heroism of a group of people who fought and died for a cause they little understood, but who gave everything they had in the search for truth and justice. 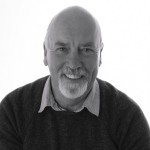 My thanks to David for sharing his book with me.