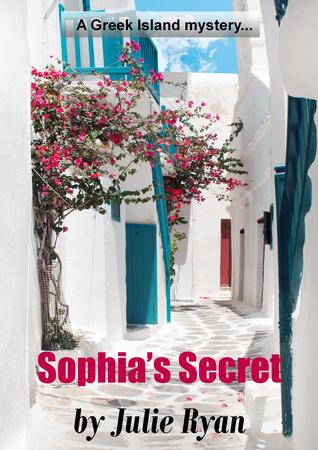 After an absence of over twenty years, Kat returns to Greece, with her own small daughter, ostensibly, for her mother’s funeral. Kat has painful memories of her childhood and struggles with the unsolved mystery of why she was sent, aged seven, to live with her aunt Tigi, in England. Never seeing her mother again has been painful for Kat, and the Greek island of her childhood, where she grew up, is filled with memories of a past she can barely remember. And yet , returning to the island, Kat finds that some secrets, long buried, need to be revisited, and as her grandmother starts to share her memories of the past, Kat discovers things about her family and friends that she could never have imagined.

This is a story about Greek island life and of the convoluted mysteries which can linger for generations, the repercussions of which, all too often, reverberate down through time. The story is allowed to evolve slowly and as the hidden secrets of the characters start to emerge, so the appeal of the place and its people come alive in the imagination. The clandestine feelings of long buried secrets linger throughout the novel and there are more than enough twists and turns in the plot to keep you entertained right to the end.

I think that it’s a lovely book to load onto your Kindle to pack away in your suitcase – I can almost  taste the retsina, hear the cicadas and smell the bougainvillea..

It's worth noting that this is the second book in the Greek Island Mysteries and whilst there is some overlap of characters from Jenna's Story, Sophia's Secret can be comfortably read as a standalone novel.


My thanks to the author for sharing her work with me.