📖 Featured Book of the Month ~ The Birdcage by Eve Chase

Lauren, Kat and Flora are half-sisters who share a famous artist father - and a terrible secret. Over the years they've grown into wildly different lives. But an invitation to Rock Point, the Cornish cliff house where they once sat for their father's most celebrated painting, Girls and Birdcage, reunites them.
Rock Point is a beautiful, windswept place, thick with secrets, electrically charged with the events of the summer - twenty years before - that the family daren't discuss. And there is someone in the shadows watching their every move. Someone who remembers the girls in the painting - and what they did.
An emotional mystery full of dark secrets and twists, transporting the reader to the rugged remote landscape of north Cornwall.
📖 My review..
North Cornwall with its rugged landscape and shadowy coves come to life in this intriguing family drama which introduces us to half sisters Kat, Flora and Lauren. The women all have the same enigmatic father but very different mothers which has made life complicated for each of them.
As children, the girls met at Rock Point, their father's family home perched high above the Cornish cliffs, and in 1999, when the solar eclipse overshadowed the world, the girls sat for a painting which their artist father called Girls and Birdcage. This time of dramatic family secrets comes to life when twenty years later the half siblings meet up once again to spend time at Rock Point with their father.
There's a strong sense of unease which permeates right from the start and with a distinctly gothic edge Rock Point becomes a character in its own right however, it is the sisters themselves where the real strength of the story lies. They all have their faults and failings, one is rather more fragile than the other two but collectively they all keep their secrets about what happened during the summer of 1999 extremely close.
The story flows well and is beautifully reminiscent of this author's unique ability to convey time and place so accurately you feel as if you are staying at Rock Point with them. The languorous nature of the summer of 1999 is juxtaposed against the modern day setting when the Cornish coast is battered by storms and the family secrets which have been hidden away for far too long.
The Birdcage is a beautifully written family drama which moves effortlessly between past and present and which captures the essence of sibling rivalry alongside their deeply buried secret which if not confronted will continue to overshadow all their futures. This is such a strong story that I have no hesitation in making The Birdcage my Featured Book of the Month for May.
Best Read with .. a Cornish cream tea
About the Author

Eve Chase is the author of Black Rabbit Hall and The Wildling Sisters, and the pseudonym of journalist and novelist Polly Williams. She lives in Oxford, England with her husband and three children.
Website
Twitter @EvePollyChase #TheBirdcage
@MichaelJBooks @PenguinBooksUK
Amazon UK 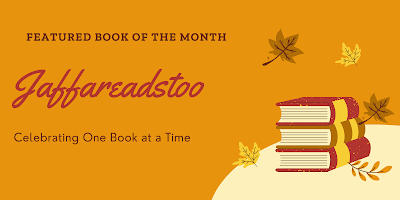