Mother. Survivor.Queen.
An English Princess, born into a war between two families. Eldest daughter of the royal House of York, Elizabeth dreams of a crown to call her own. But when her beloved father, King Edward, dies suddenly, her destiny is rewritten. Her family's enemies close in. Two young princes are murdered in the Tower. Then her uncle seizes power - and vows to make Elizabeth his queen. But another claimant seeks the throne, the upstart son of the rival royal House of Lancaster. Marriage to this Henry Tudor would unite the white rose of York and the red of Lancaster - and change everything. A great new age awaits. Now Elizabeth must choose her allies - and husband - wisely, and fight for her right to rule.

📖 My Review ...
A few years ago I read Alison Weir's excellent biography of Elizabeth of York which put the early years of the Tudor dynasty into political perspective and this fictional account of Elizabeth fleshes out those moments of her life which we can only imagine. As the eldest child of Edward IV, Elizabeth was always aware of her place in royal life but her turbulent early years were often filled with uncertainty as her father fought and re-fought to claim the English crown. This instability continued after her father's untimely death and later when Richard III's defeat at the Battle of Bosworth resulted in Elizabeth's expedient marriage to Henry VII, a marriage which did so much to unite the warring factions of the War of the Roses.
First and foremost the story is fiction but the author's in-depth knowledge of the Tudor age helps to lend credence to the story, particularly in the warm and loving relationship between Elizabeth and Henry. Beautifully written and meticulously researched as all of this author's writing, I found much to enjoy in this comprehensive account of Elizabeth of York's short life. Her tenacity and determination shine through, personality traits which I think she passed on to her granddaughter, and namesake, Elizabeth I.
Politics, passion and intrigue all combine to paint a dramatic picture of the tentative early years of the Tudor dynasty and thanks to the joy of good historical fiction we can spend intimate time with Elizabeth  and be a fly on the wall at some of the most momentous events in early Tudor history.
🍷Best Read with... cups of good strong wine
About the Author 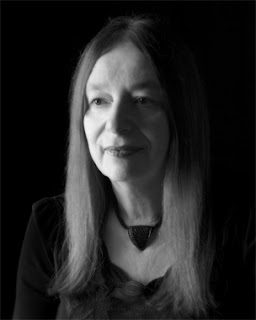 Alison Weir is the bestselling female historian in the United Kingdom, and has sold over 3 million books worldwide. She has published twenty history books. Alison is also the author of twelve historical novels, including the highly acclaimed Six Tudor Queens series all of which were Sunday Times bestsellers. Alison is a fellow of the Royal Society of Arts and an honorary life patron of Historic Royal Palaces.
Twitter @alisonweirbooks
#RedRoseWhiteRose #TudorRoseTrilogy
@headlinepg
Website
@RandomTTours 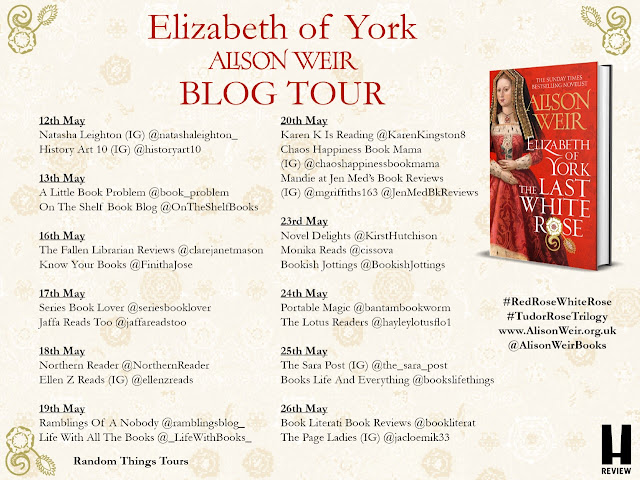