Can they get away with murder?
On a beautiful island off the English coast, a group of TV actresses gather. One of them has a secret. One of them will stop at nothing to get revenge on the man who hurt her. And one of them is determined to be the best – no matter what it costs. All of them have something to hide – but the question is – are they all guilty?

📖 My Review ..
This is a group of women who would terrify me if I were to meet any of them in real life, but I absolutely love reading about them and Guilty Women takes these sensational women into a whole new realm of who did what, to whom, and ultimately...why?
The story starts pretty much where the previous book left off, so if you haven't read Ruthless Women which introduced us to the world of competitive TV, and the long running soap opera, Falcon Bay, then my advise would be to start with this book before embarking on the roller coaster of a ride which is Guilty Women.
I don't even know where to begin in trying to explain this plot as say too much would be to do the book a great disservice however, for those who are familiar with this talented author's exciting style of writing you can be absolutely guaranteed that there is never going to be a dull moment as the pace doesn't slow down from start to finish. As always in Falcon Bay there are several twists and turns, and the numerous, and decidedly deadly, squabbles which exist between the characters get more and more complex as the story progresses. The showrunners and the actors are not always a very likeable bunch, but nevertheless they all bring their own unique style to the story, after all, there is nothing quite so cunning, or as dangerous, as a group of hedonistic people who have far too much to hide.
Power, revenge, sex and intrigue all combine in this fabulous story about the empowerment of strong women, the heady lifestyle of the rich and famous and the deadly secrets which threaten to bring them all down, in spectacular fashion.
I could quite easily see these books being developed into a Netflix series...if so, they would be fabulous, darling.
🍷Best read with ...copious glasses of Cristal champagne 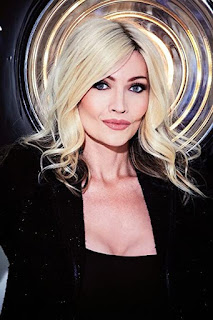 MELANIE BLAKE is the bestselling author of Ruthless Women, which became a Number 4 Sunday Times hardback bestseller and an ebook bestseller in 2021, selling over 150,000 copies. Guilty Women is her second novel about the cast of Falcon Bay, and her first with Harper Fiction. Growing up in a working-class household with severe dyslexia, Melanie has her own Rags to Riches story, just like that of her characters – at 15 she was told by her school career advisors that her decision to work at a record shop was ‘a clear example that she wouldn’t go far in her career’. They were wrong. By 19 she was working at the BBC’s iconic Top of the Pops show and by 26 she had built a reputation as one of the UK’s leading music and entertainment managers. She also created her own acting agency from scratch which became the most successful independent boutique agency in the UK. Melanie still represents a high-profile stable of actresses, but is also now enjoying success in her own right as an author, playwright and producer.
Twitter @MelanieBlakeUK #GuiltyWomen
@HarperFiction
@RandomTTours 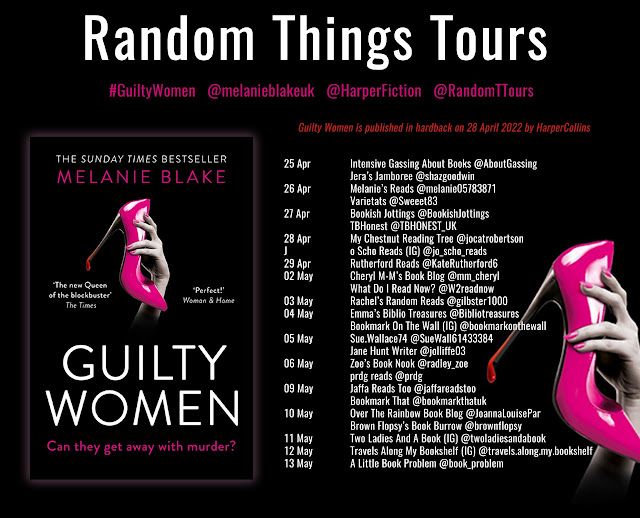