A sweeping love story set against the Jacobite revolution from much-loved, million copy bestselling author Susanna Kearsley.
There are many who believe they know what happened, but they do not know the whole of it. The rumours spread, and grow, and take their hold, and so to end them I have been persuaded now to take my pen in hand and tell the story as it should be told…
Autumn, 1707.
Old enemies from the Highlands to the Borders are finding common ground as they join to protest the new Union with England, the French are preparing to launch an invasion to carry the young exiled Jacobite king back to Scotland to reclaim his throne, and in Edinburgh the streets are filled with discontent and danger.
Queen Anne’s commissioners, seeking to calm the situation, have begun settling the losses and wages owed to those Scots who took part in the disastrous Darien expedition eight years earlier.
When Lily, the young widow of a Darien sailor, comes forward to collect her husband’s wages, her claim is challenged, and one of the men who’s assigned to examine her has only days to decide if she’s honest, or if his own feelings are making him blind to the truth, and if he’s being used as a pawn in an even more treacherous game. A story of intrigue, adventure, endurance, romance…and the courage to hope. 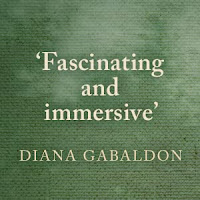 📖 My Review...
The Vanished Days takes us back in time to Scotland when a shadowy Jacobite presence lingers and for those who are caught up in politics it is a time to be watchful. In 1707, the new, and rather fragile, union forged between England and Scotland, is viewed with distrustful eyes, and there are enemies on both sides of a great divide.
The story opens as Lily Aitcheson, a young widow, is seeking recompense for the loss of her husband's wages in the failed Darien expedition which took place years before. However, Lily must first prove that she was legally married, which for those investigating is more of a difficult task than at first imagined. In something of a twist we go back in Lily's life and see the events which shaped her early years. Switching between the years of the late 17th and early 18th century we gradually build up a complicated picture of a divided nation which runs alongside Lily's complex connection to the story.
Meticulously researched as all of Kearsley's novels undoubtedly are, The Vanished Days takes a long hard look at the events which shaped the early part of the Union between Scotland and England whilst, at the same time, unfolding a love story which has deep roots. As I have said the story is complex and coming in at around 600 pages reading it makes for quite an investment in terms of time and concentration. Bringing the complex nature of Scottish Jacobite history to life is what Kearsley has done so well in the Slains trilogy and I feel that The Vanished Days certainly adds weight to the series. It's complex, complicated, but so beautifully written, and researched, that history comes alive, with formidable characters who tell their stories in meticulous detail.
Whilst is it perfectly possible to read The Vanished Sea as a standalone historical adventure I think it helped in that I had already read The Winter Sea, which is the first book in this clever trilogy, with The Vanished Days being the prequel to this first story.
🍷Best Read with...a wee dram of good Scotch whisky
About the Author 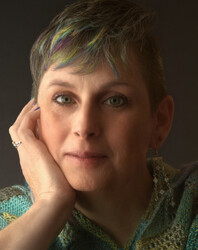 New York Times bestselling author Susanna Kearsley is a former museum curator who loves restoring the lost voices of real people to the page, interweaving romance and historical intrigue with modern adventure. Over 1.5 million copies of her books have been sold and have been translated into over 25 languages. Her writing career began in 1993 when her then-unpublished novel Mariana won the Catherine Cookson Fiction Prize. Since then she has written twelve novels and won various awards, and has twice made the final of Romantic Novel of the Year awards. She lives near Toronto, Ontario, Canada.
Twitter@SusannakKearsley #TheVanishedDays
@simonschusteruk
@RandomTTours 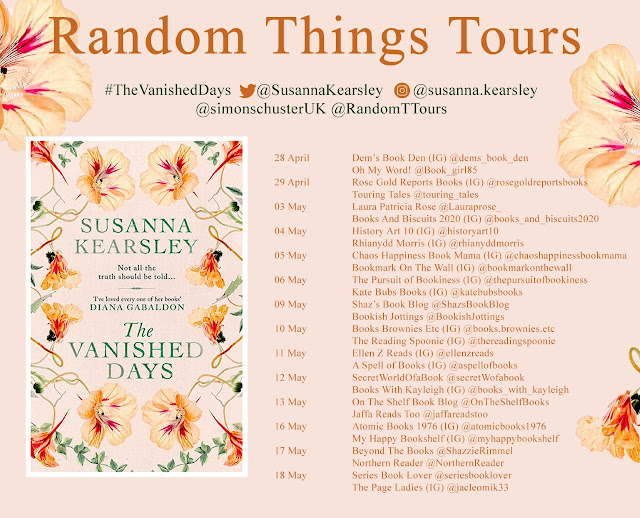