See the British year afresh and experience a new way of connecting with nature – through the prism of Japan’s seventy-two ancient microseasons.
Across seventy-two short chapters and twelve months, writer and nature lover Lev Parikian charts the changes that each of these ancient microseasons (of a just a few days each) bring to his local patch – garden, streets, park and wild cemetery.
From the birth of spring (risshun) in early February to ‘the greater cold’ (daikan) in late January, Lev draws our eye to the exquisite beauty of the outside world, day-to-day.
Instead of Japan’s lotus blossom, praying mantis and bear, he watches bramble, woodlouse and urban fox; hawthorn, dragonfly and peregrine. But the seasonal rhythms – and the power of nature to reflect and enhance our mood – remain.
By turns reflective, witty and joyous, this is both a nature diary and a revelation of the beauty of the small and subtle changes of the everyday, allowing us to ‘look, look again, look better’. 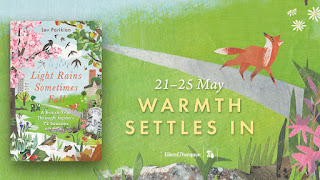 📖 My Review..
From the birth of spring (risshun) in early February to ‘the greater cold’ (daikan) in late January the Japanese have an ancient set of micro-seasons which allows more scope to appreciate what is going on around you than do our own four seasons of Spring, Summer, Autumn and Winter. In this delightful appreciation of the British year, Lev Parikian takes the notion of this micro-season and applies it to the intricacies of the world of nature on his doorstep. All of which is brought into sharp focus when the country goes into lockdown in March 2020. Set in the area of London the author calls home we undertake, with him as our guide, a rather special journey of discovery.
The idea of dividing the year into short four day bursts inspires each cleverly worded introduction and each of the different sections are so wonderfully descriptive I found myself going back to read parts again. Easily readable in short chapters which you can dip into and out of at whim, the book unfolds in delightful kaleidoscope of natural beauty. In the 72 short chapters of Light Rains Sometimes Fall we are enriched by the wonder of nature as the author appreciates all that he has previously passed without a second glance. A quiet cemetery with it's watchful gaze is home to a myriad of creatures who scuttle and bustle away from prying eyes. The glory of butterflies who flutter and dance in tall grasses, some naturally camouflaged and others gloriously splendid with wings outstretched in a rare burst of sunshine.  A kestrel, a cormorant, a family of finches, the chip of a woodpecker, the rat-at-tat of a wren, the ragged sleekness of an urban fox , all are creatures hiding in plain sight but who are there if only we would stop, look and listen.
Whilst lockdown brought its many challenges, it also gave us a unique opportunity to see the world around us with an entirely different focus. With time on our hands we had the chance to observe the intricacies of nature in all its natural beauty and Light Rains Sometimes Fall is testament to the art of natural observation and whether we be townsfolk or country folk it's good to be reminded that nature is all around us, we only need look.
Best read with .. an unexpected Jaffa cake in a tin of rich tea biscuits
About the Author 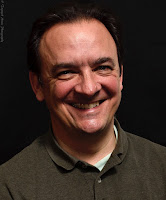 Lev Parikian is a writer, birdwatcher and conductor.  He lives in West London with his family, who are getting used to his increasing enthusiasm for nature. As a birdwatcher, his most prized sightings are a golden oriole in the Alpujarras and a black redstart at Dungeness Power Station.
Twitter @LevParikian
Website
@eandtbooks 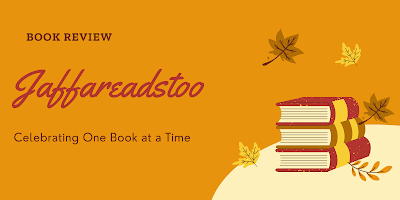