📖 Publication Day, Book Review ~ In the Shadow of Queens by Alison Weir


Behind every great king stands a queen. And behind every queen, the whole court watches on...
Over the years of his reign, six different women took their place beside King Henry VIII of England as his wife and queen.
But the real stories of the six Tudor queens belong to those who lived among them. Played out in glittering palaces and whispering courts, these are tales of the people who loved and served these women, and those who lied and betrayed them.
Collected together for the first time, In the Shadow of Queens reveals thirteen startling stories from the Tudor court, told by those at the very heart of that world.
📖 My Thoughts...
Behind every ill-fated Tudor Queen is a plethora of fascinating stories about the shadowy people who lingered on the periphery of court life but whose connection, with the women who had the misfortune to be married to Henry VIII, is as fascinating as the lives of the Tudor Queens themselves.
Beautifully presented with its colourful Tudoresque endpapers we are treated to a potted history of the six wives of Henry VIII before starting on a series of fascinating short stories which take us from the golden possibility of the short life of Arthur, Prince of the Roses, right through to the sad, and rather tragic, end to the life of Henry's last Queen, Katharine Parr.
For any lovers of Tudor fiction In the Shadow of Queens is an absolute gem and if you have followed the author's comprehensive series of novels about the Six Tudor Queens then I am sure you will find much to enjoy in this addition to the Tudor series. This compilation of short stories, and novellas, enhance the series and bring the Tudor court alive in fascinating detail, adding little extra snippets of information you never knew you needed to know about  those who hovered on the edge of Tudor court life.
In the Shadow of Queens now completes the mammoth task the author set of completing six Tudor Queen novels in six years. There is no doubt that Alison Weir's passion, determination and undeniable expertise has given a new voice to the six women whose lives were dominated by a King, whose irascible moods swung, from peevish belligerence, to violent malevolence, and whose lives, little they knew it, were in danger from the moment they accepted the title of Tudor Queen.
In the Shadow of Queens is published by Headline in both hardback and ebook on the 30 September 2021 and is available from all good book stores.
About the Author
Alison Weir is the best selling female historian ( and the fifth-bestselling historian overall) in the United Kingdom and has sold over 3 million books worldwide.
She has published twenty history books including her most recent non-fiction book, Queens of the Crusades, the second in her England's Medieval Queen's quartet. Alison is also the author of twelve historical novels including the highly acclaimed Six Tudor Queens series about the wives of Henry VIII, all of which were Sunday Times bestsellers.
Alison is a fellow of the Royal Society of Arts and an honorary life patron of Historic Royal Palaces.
Twitter @AlisonWeirBooks #InTheShadowOfQueens
@headlinepg
My thanks to the publishers, and Caitlin Raynor, Publicity Director, for allowing me the privilege of reading this stunning series from the very beginning. 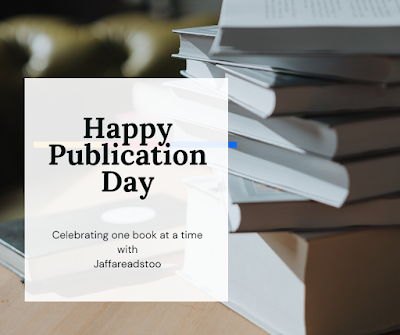