In Angels of Mud we jump through time, between the interwoven stories of mother and daughter. The readeris immediately transported to Clerkenwell soon after the end of World War II, where they learn Mary’s story;about her marriage and the upbringing of her daughter Cara. Through this narrative, Nicolson paints a vivid picture of women’s lives in one of London’s Italian communities.
Cara’s story begins in 1966, when she accepts a job in Florence and witnesses the catastrophic Arno flood,which kills over 100 people and destroys millions of artworks and rare books. It is a pivotal event in Cara’s life and she becomes one of the volunteers, an ‘Angel of Mud’, helping to recover the damaged artefacts. Great personal turmoil takes place in times of national disaster, and Cara is faced with important questions about who she is and who she wants to be.
This tale, with its twists of thwarted love and concealed sexuality, offers fresh insight into the daily lives of Fiorentini at a key time in the history of the city, while also providing, by contrast, a vivid picture of life in post war Clerkenwell.
Vanessa Nicolson beautifully captures raw emotion and the complex nature of mother and daughter relationships and how easily and unwittingly a daughter can find herself following in her mother’s footsteps. She writes with an acute historical sensitivity about the two cities, both of which she knows well. Angels of Mud is as rich in topographical detail as it is in emotional truth.
📖 My Thoughts..
Mary Williams lives in the Little Italian area of Clerkenwell. Her hasty post-war marriage, in 1946, to book shop owner, Geoffrey, is largely unexciting, and constrained within the bonds of respectability she simply follows the pattern of life her mother, Nora, has set out. Mary doesn't know how much she craves excitement, until temptation beckons.
Twenty years, later Mary's only daughter, Cara, is at a crossroads in her life and when an opportunity to live and work in Florence presents itself, Cara decides to take up the challenge of being an independent women, after all, it's the swinging sixties and women now have more freedom than at any other time and certainly more than Mary could ever have dreamed of.
Living alone in Italy is something of challenge for Cara, and I particularly enjoyed seeing the city of Florence through Cara's perspective. Her naivety is refreshing, as is her search to find out more about herself in the process of living alone. Cara's newly found independence culminates when she joins a group of women volunteers, known as Angels of Mud, who try their best to save rare manuscripts and art work when the River Arno burst its banks in the floods which devastated Florence in November 1966.
Moving forwards and backwards in time we learn so much about both Mary and Cara and in doing so a vivid picture emerges of women almost imprisoned by the circumstances of their lives, each of them wanting more from life, but neither women really knowing how to reach out to take what is on offer. I felt immense sympathy for Mary, as caught as she is between passion, and propriety, she becomes something of a sad, and rather, lonely figure.
Absorbing, and thought-provoking, this multi-generational novel captures all the insecurity of a fractured mother-daughter relationship. It does so with a perceptive insight into very different generations of women who even though they share a common bond of family, they struggle with life, each of them making mistakes and having to live with the consequences of their actions.
About the Author 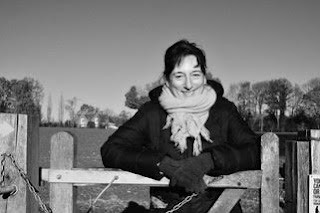 Vanessa Nicolson has published two acclaimed memoirs, Have You Been Good? (Granta2015) and The Truth Game (Quartet 2017). Angels of Mud is her first novel. She grew up in Florence and London, the daughter of an Italian mother and Britsh father, and has worked as an art historian, curator and journalist. She lives in Sissinghurst, Kent.
Twitter @GracePublicity #AngelsofMud 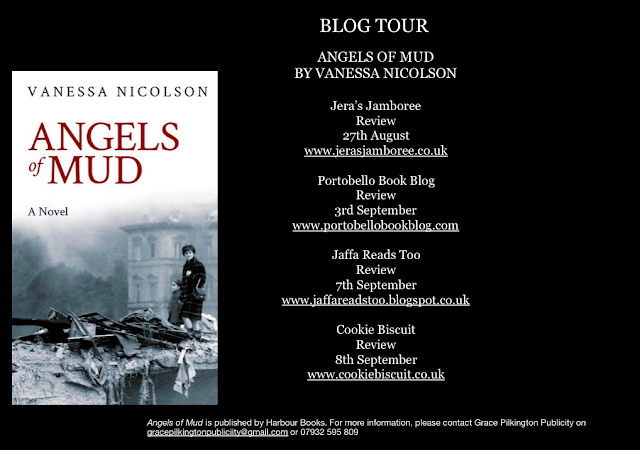