Forbidden friendship, political conspiracy and incendiary passion draw Australian woman Annie Brand deep into the glamour and turmoil of 1920s Shanghai. Leaving behind the loneliness and trauma of her past in country Australia, Annie Brand arrives to the political upheaval and glittering international society of Shanghai in the 1920s.
Journeying up the Yangtze with her new husband, the ship's captain, Annie revels in the sense of adventure but when her husband sends her back to Shanghai, her freedom is quickly curtailed. Against her will, Annie finds herself living alone in the International Settlement, increasingly suffocated by the judgemental Club ladies and their exclusive social scene: one even more restrictive than that she came from. Sick of salacious gossip and foreign condescension, and desperate to shake off the restrictions of her position in the world, Annie is slowly drawn into the bustling life and otherness of the real Shanghai, and begins to see the world from the perspective of the local people, including the servants who work at her husband's Club.
But this world is far more complex and dangerous than the curious Annie understands and, unknowingly, she becomes caught in a web of intrigue and conspiracy as well as a passionate forbidden love affair she could not have predicted: one with far–reaching consequences...
📖 My Thoughts...
When The Shanghai Wife opens, Annie Brand, and her new husband, Alec, are on board a river boat travelling along the Yangtze river but following the news of significant unrest, Annie is advised to get off the boat, leaving her husband, as the boat’s captain, to continue with the dangerous journey alone with his crew.
However, returning to Shanghai isn’t what Annie had in mind but with no choice other than to do what’s expected of her, she soon finds that waiting for Alec's return, and living her life alone, in Shanghai, isn’t going to be easy. Annie soon finds that rather than be part of the gossipy nature of her fellow expats, she is drawn ore sympathetically towards the lives of the local people. However, as she gets drawn deeper into the real Shanghai, so Annie finds herself caught up in intrigue, danger and forbidden friendships.
The story flows well and the author brings everything to life with imaginative flair and a sympathetic look at the vagaries of history.  I particularly enjoyed discovering what life was like in Shanghai in 1925, and there is much to discover about the political implications of this particular time in China’s troubled past. I enjoyed how the author based the story of The Shanghai Wife on her grandmother’s experiences and so, with her authentic descriptions, 1920s Shanghai comes alive in this interesting historical novel.
About the Author 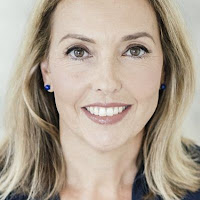 Emma Harcourt has worked as a journalist for over 25 years, in Australia, the UK and Hong Kong. In 2011, she completed the Faber Academy Writing a Novel course and The Shanghai Wife was borne. Emma lives in Sydney with her two daughters. She is currently working on her second novel.
Twitter @emma_harcourt #TheShanghaiWife
@Harper360UK
@RandomTTours 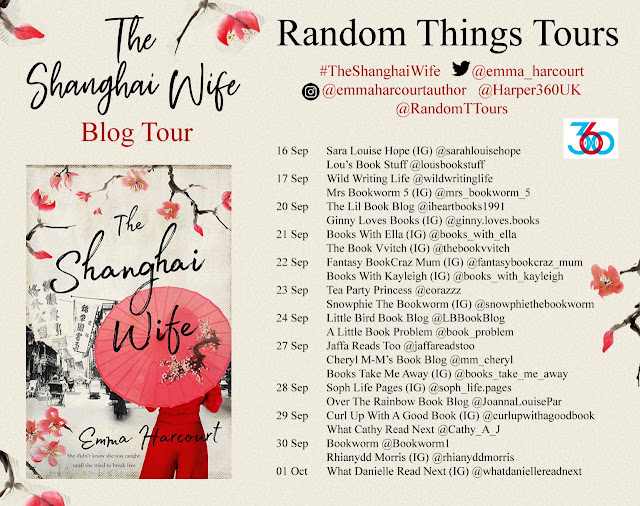