📖 Blog Tour ~ Falling for a French Dream by Jennifer Bohnet

Escape to hills high above the French Riviera with international bestseller Jennifer Bohnet.
After tragically losing her husband, Nicola Jacques and her teenage son Oliver relocate to his father’s family's Olive Farm in the hills above the French Riviera.
Due a family feud, Oliver has never known his fathers’ side of the family and Grandpapa Henri is intent that Oliver will take over the reins of the ancestral farm and his rightful inheritance.
Determined to keep her independence from a rather controlling Grandpapa, Nicola buys a run-down cottage on the edge of the family's Olive Farm and sets to work renovating their new home and providing an income by cultivating the small holding that came with the Cottage.
As the summer months roll by, Nicola and Oliver begin to settle happily into their new way of life with the help of Aunts Josephine and Odette, Henri’s twin sisters and local property developer Gilles Bongars.
But the arrival of some unexpected news and guests at the farm, force Nicole and Aunt Josephine to assess what and where their futures lie.
This book was previously published as The French Legacy. 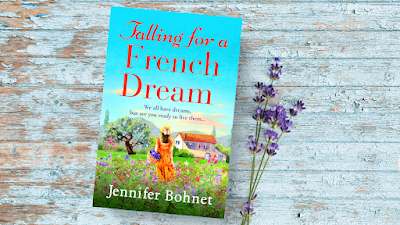 📖 My Thoughts..
When young widow, Nicola Jacques receives a summons to visit her ex-in-laws at the family's olive farm in the south of France she does so reluctantly as there has been a rift in the family for several years. However, Nicola feels that the time is right for her teenage son Oliver to meet Henri Jacques, his paternal grandfather, and get used to the place where his father, Marc, grew up. The visit proves to be momentous in many ways as Nicola, respectful of Oliver's inheritance as his grandfather's heir, is persuaded to make a new life in France, but leaving everything behind in England is never going to be easy for Nicola and Oliver.
I enjoyed spending time at the olive farm at La Prouveresse experiencing both the highs and lows as Nicola and Oliver adjust to a new life, making new friends and putting down roots. Nicola's complicated relationship with the taciturn Henri is never going to be easy but it is made more bearable by her close friendship with her husband's aunts, Odette and Josephine, who bring a welcome lightness into what is sometimes a tense family atmosphere. However, it is Nicola's growing friendship with property developer Gilles that is the still voice of calm in her, sometimes, complicated new world.
Falling for a French Dream is a lovely heartwarming story about the bonds of family, the heartbreak of grief and the joy that second changes can bring. 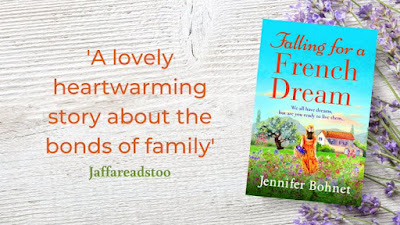 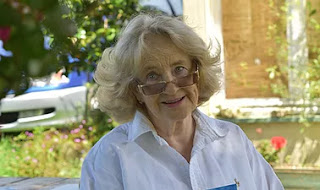 Jennifer Bohnet is the bestselling author of over 12 women’s fiction titles, including Villa of Sun and Secrets and A Riviera Retreat. She is originally from the West Country but now lives in the wilds of rural Brittany, France.
Website
Newsletter sign up link
Bookbub
Facebook Instagram
@jenniewriter #FallingForAFrenchDream
@BoldwoodBooks #BoldwoodBloggers #BooksandTonic
@Rararesources