Thanks to the publishers for my copy of this book

Olive Westallen lives a privileged, if rather lonely, life in her family’s grand Hampstead home. But she has radical plans for the future of her family – plans that will shock the high-society world she inhabits. For her new neighbour, twelve-year-old Ottilie Finch, London is an exciting playground to explore. Her family have recently arrived from Durham, under a cloud of scandal that Otty is blissfully unaware of. The only shadow over her days is her mother’s mysterious illness, which keeps her to her room. When Mabs is offered the chance to become Mrs Finch’s companion, it saves her from a desperate life on the canals. Little does she know that all is not as picture-perfect as it seems. Mabs is about to become tangled in the secrets that chased the Finches from their last home, and trapped in an impossible dilemma .
📖 My thoughts..
Eighteen year old Mabs Daley finds working on the London Docks to be harsh but with her younger brothers and sisters to support Mabs has little choice but to continue with this back breaking work, that is, until her friend tells her of a job, in service, in the home of the Finch family who have newly arrived in London from Durham. Employed as a companion to the melancholic, Mrs Finch brings Mabs into contact with twelve year old Ottilie Finch, who, left to her own devices explores London with all the enthusiasm of a child breaking free of the restrictions placed upon her by society. Meanwhile, Olive Westallen, a rather unusual, twenty eight year old, uses her family wealth to do good deeds but in doing so shocks polite society.
What follows is a detailed novel which explores the boundaries that Victorian women had placed upon them, not just by a patriarchal society who viewed independent women as something of an anathema, but also even in families, sensibilities could so easily be troubled by the wrong actions. Social attitudes were often greatly offended by doing and saying the wrong things to the wrong people and yet all three of these quite unusual characters found that once their lives started to intertwine a connection between them was allowed to flourish in the most unlikeliest of circumstances. The three voices of Mabs, Ottilie and Olive come cross loud and clear, from the poverty and hardship of Mabs’s family, the opulence of Olive’s Hampstead mansion, to Ottilie, and her rather fractured family, especially her mother, coming somewhere in the middle.
Beautifully written, with an authentic feel for time and place, the late-Victorian era comes alive in The Rose Garden. The author does a great job of bringing everything together in a compelling story which cuts across the social divide and explores family secrets, social mobility and the tentative emergence of women battling to have their voices heard in a male dominated society. 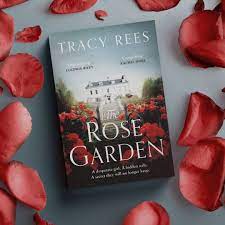 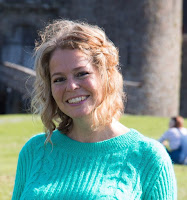 Tracy Rees was the first winner of the Richard and Judy Search for a Bestseller competition. She has also won the Love Stories Best Historical Read award and been shortlisted for the RNA Epic Romantic Novel of the Year. A Cambridge graduate, Tracy had a successful career in non-fiction publishing before retraining for a second career practising and teaching humanistic counselling. She has also been a waitress, bartender, shop assistant, estate agent, classroom assistant and workshop leader. Tracy divides her time between the Gower Peninsula of South Wales and London.
Twitter @AuthorTracyRees #TheRoseGarden
@panmacmillan
@RandomTTours 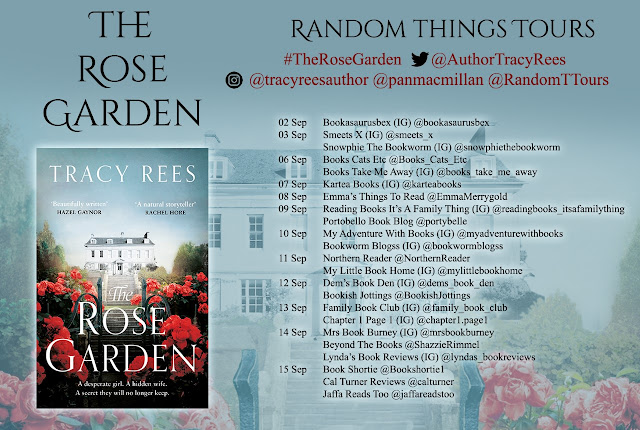