It is 1998 in South London and the Malik sisters – in their thirties and still not married – are black sheep among the local British Pakistani community. However, they are about to be reunited with their long-lost childhood playmate, Heathrow – so named for the Terminal 3 concourse on which he was discovered as an abandoned toddler. Heathrow’s heroic return is causing great anticipation in the Malik family. After all, he’s still single, and he’s even a Muslim.
As far as their long-suffering parents are concerned, it is biologist Sufya, the elder sister - the one who in Zarina’s eyes always gets first pick– who is the logical betrothed for Heathrow. But as she (to her own surprise) finds herself falling for a man approved by her family, Sufya is unaware that her younger sister has secretly loved Heathrow for years, and is no longer willing to settle for leftovers. In fact, Zarina is determined to overturn her destiny, even if it means resorting to dubious occult practices to get her man.
But there is more to their enigmatic hero than either sister knows, and when Heathrow disappears in mysterious circumstances, both sisters will have to unravel the mystery in a world where everything has changed.
📖 My Thoughts..
Undying:The Kinship of Djinns is set during the latter part of the twentieth century when the Malik sisters, both in their thirties are still unmarried which is, according to their family, quite shameful. The only problem is that both Sufya and Zarina both love the same childhood sweetheart who they haven't seen for years.  When, Heathrow, their first love, returns to the UK after a thirteen year absence, it causes emotional turmoil for both sisters and that's when the story starts to get interesting.
To be honest it took me a while to gel with the story but overall I thought this was a refreshing read with all sorts of complicated sibling and family dynamics which is told by the two very different personalities of Sufya and Zarina. Their shared experience in a British Pakistani family comes to life in alternating chapters, some of which are quite short and snappy, whilst others are more complex. And as their individual stories continue some important family, and political issues, are highlighted.
Undying: The Kinship of Djinns is the first of two books, the story continues in Undying:My Uncle's Son.
About the Authors

AMBREEN HAMEED is a television producer and journalist. Ambreen’s career in television began at the BBC on the Asian programme, Network East, after which she worked for London Weekend Television, on its flagship current affairs show, The London Programme. She was series producer of the award-winning Channel 4 series Devil’s Advocate presented by Darcus Howe. Three of her London Programmes were nominated for Royal Television Society awards including an hour-long Special on the experiences of Black and Asian officers in the Metropolitan Police Service. Other career highlights include the award-winning series Second Chance for Channel 4, and Dispatches. She has also written for New Statesman and a short story for Radio 4’s Pier Shorts.
UZMA HAMEED is a writer, director and dramaturg, working in theatre and dance. In 2015 she was dramaturg to choreographer Wayne McGregor on the Royal Ballet’s multi award-winning production of Woolf Works. She has since collaborated with him on Obsidian Tear (2016), Multiverse (2016) and The Dante Project - Inferno (2019) for the Royal Ballet, and on Company Wayne McGregor’s Autobiography (2017). She has also worked with choreographer Cathy Marston on Northern Ballet’s Victoria (2019), which won the Sky Arts/South Bank Show award for dance.
In 1997 she founded The Big Picture Company, a theatre company which quickly gained a reputation for its innovative visual style, combing new writing with choreography and film. For Big Picture, she wrote and directed plays which toured extensively around the UK and enjoyed London seasons at The Young Vic, BAC and Riverside Studios. From 2002-2005 Uzma was Associate Director at Derby Playhouse.
Uzma has directed for Kali Theatre, led projects at the National Theatre Studio and given talks and workshops for a variety of organisations including The Royal College of Art, Dulwich Picture Gallery, Edinburgh International Festival and Playwrights Studio Scotland.
Both Ambreen and Uzma Hameed live in the London area.
Twitter @AmbreenHameed @UzmaHameedRexha #Undying
@CameronPMTweets 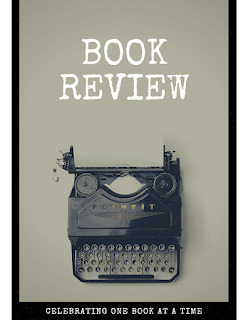