📖 Featured Book of the Month ~ A Narrow Door by Joanne Harris

Now I'm in charge, the gates are my gates. The rules are my rules.

It's an incendiary moment for St Oswald's school. For the first time in its history, a headmistress is in power, the gates opening to girls.

Rebecca Buckfast has spilled blood to reach this position. Barely forty, she is just starting to reap the harvest of her ambition. As the new regime takes on the old guard, the ground shifts. And with it, the remains of a body are discovered.

But Rebecca is here to make her mark. She'll bury the past so deep it will evade even her own memory, just like she has done before. After all...

You can't keep a good woman down.

Although this is part of the Malbry series, it can be read as a standalone psychological thriller however, those who have read the previous books will be delighted to see the mention, and the return, of some of the characters from Gentleman and Players and  Different Class.
In A Narrow Door we meet again with Rebecca Buckfast who, as the first female headmistress of St Oswald's School, is determined to offer equal education to all her pupils and and by finally allowing girls into St Oswald's, and in turning the school from a Grammar School for Boys into a Co-educational Academy, it would seem that the narrow door of opportunity may finally be allowed to widen for the girls who can now enter through its, rather masculine, doors.
Over the course of this darkly, different story, we get to know more about Rebecca Buckfast, the secrets she keeps, and the burdens she carries, and equally, we discover more about Roy Straitley, the Latin and Classics master at St Oswald's, who with his penchant for dropping Latin phrases into the narrative is a fully paid up member of the old boy's brigade. When a body is discovered in the school grounds the story moves in a very different and rather macabre direction, as not only does this body mean an escalation of trouble for one character but even the whisper of another scandal could bring about the demise of St Oswald's.
As complex and manipulative as its lead character A Narrow Door is a cleverly written psychological thriller which not only tightens up some loose ends but which also reiterates the cleverness of the narrative, the complexities of the spiralling threads which the author manipulates with such consummate ease, and which draws the reader ever deeper into a dark and gothic tale of secrets, betrayal and lies. In order to know where we are going, we need to know where we have been, and A Narrow Door is very much about looking at the sins of the past and clearing the way for a different future - Per aspera ad astra...
I have no hesitation in making A Narrow Door my Featured Book of the Month for September.

JOANNE HARRIS is an Anglo-French author, whose books include fourteen novels, two cookbooks and many short stories. Her work is extremely diverse, covering aspects of magic realism, suspense, historical fiction, mythology and fantasy. In 2000, her 1999 novel CHOCOLAT was adapted to the screen, starring Juliette Binoche and Johnny Depp. She is an honorary Fellow of St Catharine’s College, Cambridge, and in 2013 was awarded an MBE by the Queen.
Twitter @joannechocolat
@Orionbooks 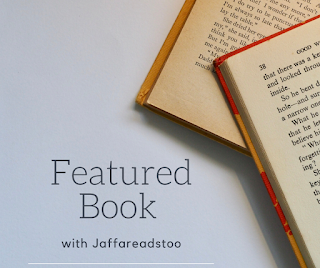