Blog Tour ~ A Hundred Years to Arras by J.M Cobley

Delighted to host one of today's blog tour stops

On a painful, freezing Easter Monday in 1917, Private Robert Gooding Henson of the Somerset Light Infantry is launched into the Battle of Arras. Robert is twenty-three years old, a farmer’s boy from Somerset, who joins up against his father’s wishes. Robert forms fast friendships with Stanley, who lied about his age to go to war, and Ernest, whose own slippery account betrays a life on the streets. Their friendship is forged through gas attacks, trench warfare, freezing in trenches, hunting rats, and chasing down kidnapped regimental dogs. Their life is one of mud and mayhem but also love and laughs. This is the story of Robert’s journey to Arras and back, his dreams and memories drawing him home. His story is that of the working-class Tommy, the story of thousands of young men who were caught in the collision between old rural values and the relentlessness of a new kind of war. It is a story that connects the past with the present through land, love and blood.
My Thoughts..
Private Robert Gooding Henson was just an ordinary soldier caught up in some of the momentous years of the First World War but what is made all the more poignant about A Hundred Years to Arras is that it is based on a distant relative of the author.
Leaving his elderly parents behind on the family farm, Robert Henson enlisted in 1915 into the Somerset Light Infantry and proudly wearing the armband of an enlistee he caught the train to fight in a war not of his making. The reality of the Western Front, with the gas attacks, the mud and rat infested conditions of the trenches and the sheer slog of enemy bombardment, couldn't have been further from the rolling hills of Somerset, however, Robert's friendship with fellow two Privates, Stanley and Ernest, somehow makes the unspeakable horror more bearable. Friendships formed in adversity are a powerful force and the three men share their experiences, their hopes and dreams for what seems an impossible future and do so with stoicism and good natured humour which belies their strength of will.
There is no doubt that the author has done impeccable research in order to bring this book to life and there is such an authentic feel to the narrative that it gives a realistic, and at times, quite disturbing account of what Private Henson could have experienced during his time in Northern France. In using sketchy family history details and in searching through military records, Private Henson comes very much alive in this fictionalised account of what happened to him on the way to the Battle of Arras in April 1917.
It is a fitting tribute that Private Robert Gooding Henson's life is remembered in this beautifully written story and A Hundred Years to Arras is a powerful reminder of the bravery of this generation of young men who went off to war so willingly and whose generous spirits now infuse the soil of Northern France.
About the Author 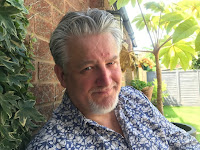 J. M. Cobley was born in Devon of Welsh parents and now lives in Warwickshire with his wife and daughter. Jason studied English Language and Literature at university and is currently Head Teacher at a hospital school in Coventry. Jason is otherwise known for his work writing scripts for the long-running Commando comic and graphic novel adaptations of classics such as Frankenstein and An Inspector Calls, as well as the children's novel The Legend of Tom Hickathrift. Jason also hosts a weekly show on Radio Abbey in Kenilworth, where he indulges his passion for classic and progressive rock. The central character of A Hundred Years to Arras is based on his relative Robert Gooding Henson.
Twitter @JasonMCobley #HundredYearsToArras
@unbounders
@RandomTTours 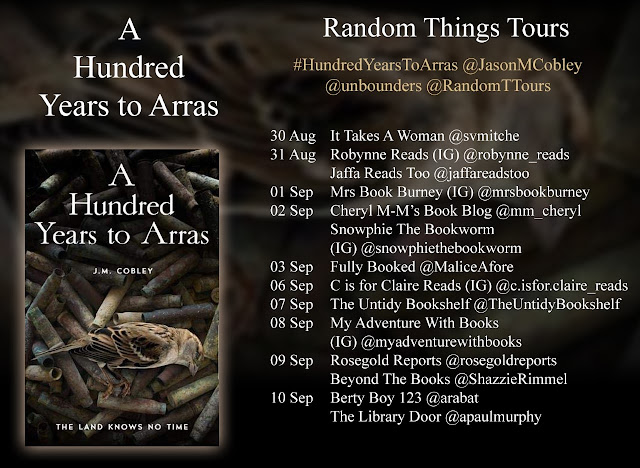