📖 Blog Tour ~ On the Bright Side by Nell Carter

There's always time for a second chance...
At least that is what people say. But what if it's true? What if you could walk out the door and build a whole new you, a whole new life?
Clare and Jack are about to find out.
He's a middle-aged barrister, living life as he 'should'. She's a recently divorced dance teacher and mum to a teenage daughter. Change isn't easy for either of them.
But it's not impossible.
If they do something BIG, could the next half of their lives be the best half?
📖 My Thoughts..
I'm a great believer that stories find readers at just the right time and although On the Bright Side has been on my book radar for several months when I settled down to read it over the last few days, I knew, by the end of the first chapter that this was the story which would lift me of my reading doldrums.
Jack and Clare both have their reasons for being reticent when it comes to finding love but, as Jack discovers, you have to let go of painful memories, or in Claire's case escape a difficult marriage before you can start to inch slowly forward, and by opening their hearts to new experiences, both of these lovely characters allow a glimmer of hope to enter back into their lives, however, the journey isn't going to be an easy one for either of them.
Being with Jack and Claire was like being in the company of special friends, they are just so wonderfully described that you can't help but be a little bit in love with both of them and whenever Claire's teenage daughter, Grace, appeared on the page she just made me smile, she's wise beyond her tender years and filled with such good sense that's she's a delight to get to know. There's no awkwardness between the characters, well, there is one that made my blood boil but I'll let you discover him for yourself. All this comes from a talented writer who knows, instinctively, what readers want in a story and her fine eye for detail, her wonderful way of bringing her characters to life in an utterly believable way, is what makes the whole of the story such a joy to read.
On the Bright Side is a beautiful, warmhearted story about the complexities of a mature relationship which, invariably, comes with emotional baggage on both sides, but which goes on to show that whilst life is often complicated, and messy, in the end what matters is that you quite simply give love a chance.
About the Author 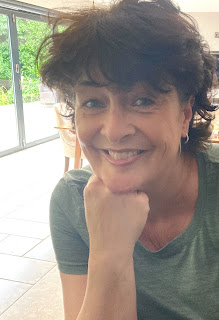 Nell Carter lives in the South-East with her husband. Their grown-up daughters have flown the coop but, like boomerangs, keep coming home. From a much larger family herself, Nell likes to write about real people – the dust and dirt that layers their relationships, the light and shade that makes them love and cry. 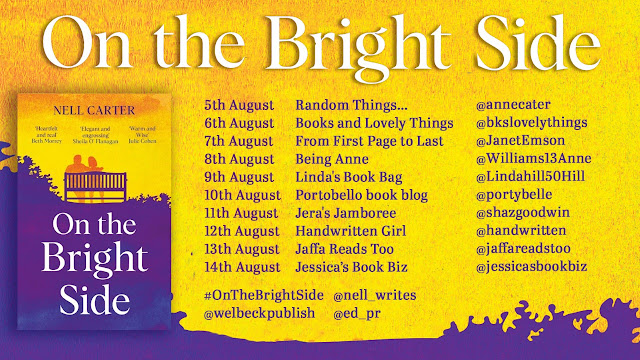