We may not love our jobs, but when we can’t go to work we find that we miss them. This mini-anthology reflects on our working lives in all their glorious variety with a delightful mix of nostalgia, celebration and humour.
There are commutes by car and bike, and a poem in which driving to work in New York becomes an almost cinematic experience of the New England landscape. Elsewhere there’s a young girl in India who takes pride in the humble task of collecting cow dung, and a teacher reflecting on the rituals that mark the passing of the academic year:
“I have measured time by paper snowflakes,
blown eggs, bereft cocoons…”
from ‘Miss Berry’ by Liz Berry
Poet Jonathan Edwards’ eclectic and highly entertaining selection of poems explores our complicated and often surprising relationship with the things we have to do to earn a living.
Poems by Liz Berry, Sujata Bhatt, Gillian Clarke, Jonathan Edwards, Thomas Lux, Helen Mort, John Ormond, Kathryn Simmonds, James Tate and Walt Whitman.
Cover illustration by Hugh Ribbans.
📖 My Thoughts..
Love it, or loathe it, going to work is something most of have to do in order to survive. Sometimes we hit on a career from the beginning which lasts a life time, I was lucky enough to spend over thirty years in my chosen profession before I had to make some important changes. Other people may flit from job to job never really settling to anything but taking enjoyment in variety. However, being stuck in a job you loathe must be soul destroying and weakens the spirit.
Ten Poems about Work looks at the routine of work, the drudgery of hard chores and the occasional magic an encounter at work can bring and it does so in poems which make you stop, look and appreciate what is being experienced by others in their working lives.
The opening poem, Those Who Build Cathedrals by John Ormond reminded me of those medieval stonemasons who, with nothing more than skill and hard labour, built some of our most beautiful monuments.
"...They climbed on sketchy ladders towards God,
with winch and pulley hoisted hewn rocks into heaven,
Inhabited sky with hammers, defied gravity,
Deified stone, took up God's house to meet him.."
I especially enjoyed the recollections of a teacher in Miss Berry by Liz Berry which captures the sheer variety of her knowledge as she prepares her young pupils to see the world around them.
The poem which made me smile was Taxi Drivers by Kathryn Simmonds which captured the ennui of waiting for a fare.
"..They lean against the glossy buttocks of their cabs
Kicking free of clutch and brake
stubbled -headed, right arm browner than the left
legs whitely shocking in their shorts..."
James Tate's, Brittle Family photographs  is cleverly succinct and such a surprise.
"..my eye was on the Jell-O.."
I stopped in poignant reflection after reading Six Bells by Gillian Clarke a poem dedicated to miners who were lost in a mine explosion in 1960. This poem brought back the danger experienced by coal miners, my own father included, who put their lives in danger every time they entered the rickety cage to go below ground.
"..a rockfall struck a spark from steel, and fired
the void, punched through the mine a fist
of blazing firedamp.."
From its strikingly beautiful cover, to the cleverness of its content, Ten Poems about Work is a fascinating mini-anthology which would make a perfect gift for anyone who is about to start a new job, or leave a job for pastures new, or even a cheer up gift for someone who, perhaps, needs shaking out of the work doldrums.
Candlestick Press is a small, independent press publishing sumptuously produced poetry pamphlets that serve as a wonderful alternative to a greetings card, with matching envelopes and bookmarks left blank for your message. Their subjects include Clouds, Walking, Birds, Home and Kindness. Candlestick Press pamphlets are stocked by chain and independent bookshops, galleries and garden centres nationwide and available to order online.
Twitter @PoetryCandle
Website
Facebook 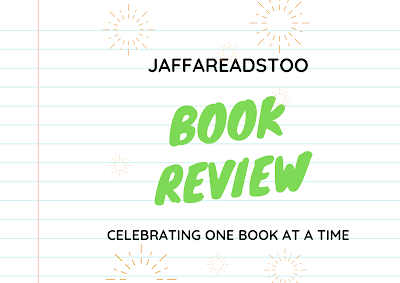