📖 Blog Tour ~ The House Beneath the Cliff by Sharon Gosling

A remote yet beautiful Scottish village. A tiny kitchen lunch club. The perfect place to start again. Anna moves to Crovie, a tiny fishing village on the Moray Firth, for a fresh start. But when she arrives, she realises her new home is really no more than a shed, and the village itself sits beneath a cliff right on the edge of the sea, in constant danger of storms and landslides. Has she made a terrible mistake? Yet as she begins to learn about the Scottish coast and its people, something she thought she’d lost reawakens in her. She rediscovers her love of cooking, and turns her kitchen into a pop-up lunch club. But not all the locals are delighted about her arrival, and some are keen to see her plans fail. Will Anna really be able to put down roots in this remote and wild village? Or will her fragile new beginning start to crumble with the cliffs . . . ?
Beautiful, moving and utterly absorbing, The House Beneath the Cliffs is a novel of friendship and food, storms and secrets, and the beauty of second chances. An exciting new voice in commercial fiction, perfect for fans of Victoria Hislop and Kate Morton. 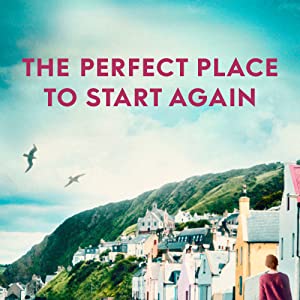 📖 My thoughts..
When Anna Campbell moves to the tiny fishing village of Crovie, on the Moray Firth, she is escaping a troubled life in London and hopes to put the past behind her. Her spontaneous purchase of the wonderfully quirky, Fishergirl's Luck however, turns out to be something of a poisoned chalice as not everyone in Crovie is welcoming. However, with the aid of a few new friends Anna begins to put the pieces of her life back together again, and with her exceptional skill for cooking, the Fishergirl's Luck soon becomes a haven for like-minded foodies.
What then follows is such a beautifully described novel that I had to google Crovie, only to find the most enchanting village, which is perched precariously on the edge of a cliff, buffeted by winds and storms, and just as described in The House Beneath the Cliff. The story flows wonderfully with characters who come to mean something special, especially the friendly villagers and the handsome hero, but even the cantankerous ones find their spotlight in a story which tugs away at your heart and which doesn't let go of your emotions until the lovely conclusion, which, I must admit, had me shedding a tear, or two.
From its pretty cover, to its emotional storyline, The House Beneath the Cliffs is a perfect read for a summer where I haven't been able to travel too far from home but thanks to this talented writer's ability to bring a story alive, I have been able to spend a wonderful few hours tucked away in a tiny corner of Scotland, hearing the howling wind, the shriek of seabirds, and sensing the wonderful aroma of Anna's splendid cooking.
About the Author 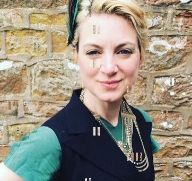 Sharon Gosling lives with her husband in a very remote village in northern Cumbia, where they moved to run a second-hand bookshop, Withnail Books in Penrith. She began her career in entertainment journalism, writing for magazines in the science fiction and fantasy genre, before moving on to write tie-in books for TV shows such as Stargate and the ‘re-imagined’ Battlestar Galactica. She has also written, produced and directed audio dramas based in the same genre. When she’s not writing, she creates beautiful linocut artwork and is the author of multiple children’s books. The House Beneath the Cliffs is her first adult novel.
Twitter @sharongosling #TheHouseBeneathTheCliffs
@simonschusterUK
@RandomTTours 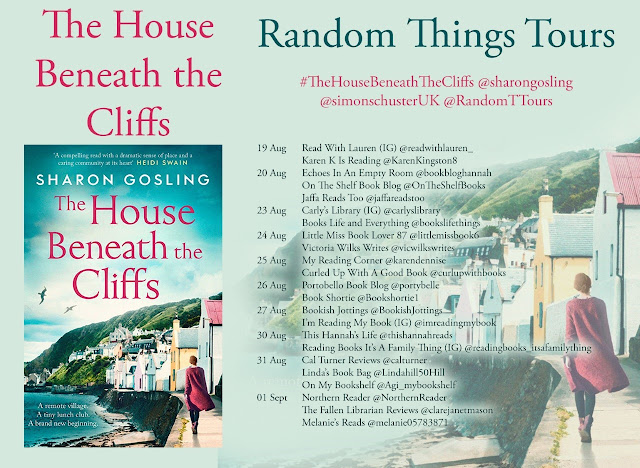