You thought she was safe. You were wrong…
Alex knows her daughter would never wander off in a strange place. So when her three-year-old vanishes from an idyllic beach wedding, Alex immediately believes the worst.
The hunt for Lottie quickly becomes a world-wide search, but it’s not long before suspicion falls on her mother. Why wasn’t she watching Lottie?
Alex knows she’s not perfect, but she loves her child. And with all eyes on her, Alex fears they’ll never uncover the truth unless she takes matters into her own hands.
Who took Lottie Martini? And will she ever come home?
📖 My Thoughts..
I started reading Stolen with the intention of just reading a couple of chapters before bed, several chapters and more than half the book later, I had to drag myself away and head off for sleep which was broken with dreams of missing children.
Stolen starts with an harassed mother en-route to her friend's wedding in Florida where her three-year-old daughter is to be a flower girl  bridesmaid. To say that Lottie Martini is something of a handful is an understatement and it's clear from the start that this mother-daughter relationship is fraught with all sorts of deep rooted anxieties on both sides. When Lottie goes missing after the wedding Alex is frantic with worry over her little daughter but as time goes by, and frustrations and anxieties are cranked up to high, so we start on a start on a roller coaster of  a journey which, over time, only gets more, and more, complicated.
The intriguing prologue which sets the scene so chillingly played on my mind throughout the story as I wondered, with good reason, just how we get to that place and all credit to the author for weaving a tale that is filled with so many twists and turns it made my head spin. It was interesting to see how the story unfolded by following Alex's interpretation of events alongside that of Quinn, an experienced journalist who has enough more than enough angst of her own to throw into the mix.
Stolen mirrors the story of other missing children of recent times, that of Madeleine McCann springs to mind, especially with the scrutiny which is placed on Alex and the unkind questioning about her parenting skills. Well written and unputdownable, Stolen works as an interesting look at the fickle nature of news reporting, the anguish of a mother who is vilified for her seeming neglect, and a small child who is caught up in the middle of a deadly game.
About the Author 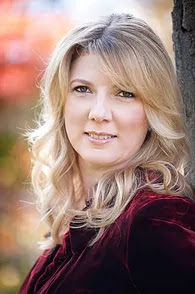 Tess Stimson is the British author of ten novels, including top-ten bestseller The Adultery Club, and two non-fiction books, which between them have been translated into dozens of languages.
Her first "proper" job after graduating from St Hilda's College, Oxford (where she read English) was as a news trainee with ITN (Independent Television News). She reported and produced regional and world stories, travelling to hotspots and war-zones all over the globe.
In 2002, she was appointed Professor of Creative Writing at the University of South Florida and moved to the US. She now lives and works in Vermont with her husband, Erik, their three children, and (at the last count) two cats, three fish, one gerbil and a large number of bats in the attic.
Twitter @tessjstimson #Stolen #WhoTookLottie
Facebook
@AvonBooksUK
@rararesources 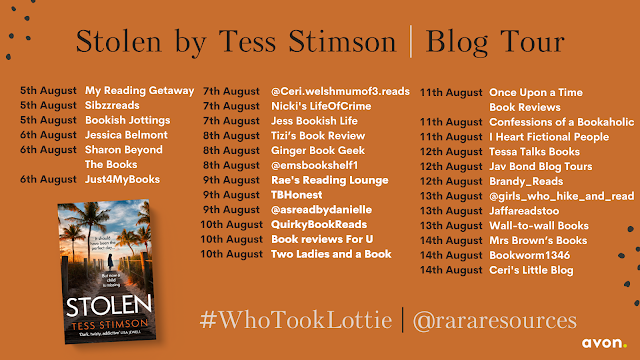