Delighted to be part of this Publication Day Push

In the war against Hitler every secret counts…
Society heiress Evelyn Brooke-Edwards is a skilled interrogator – her beauty making her a non-threat in the eyes of the prisoners.
Farm girl Betty Connors may not be able to type as she claimed, but her crack analytical skills soon find her unearthing covert connections.
German ex-pat Judith Stern never expected to find herself listening in to German POW’s whispered conversations, but the Nazis took her father from her so she will do whatever it takes to help the Allies end this war.
Billeted together in the attic of Latimer House – a place where secrets abound – Evelyn, Betty and Judith soon form a bond of friendship that carries them through the war. Because nothing is stronger than women united.
Tucked away in the Buckinghamshire countryside, Latimer House, a grand country estate, stands proudly – a witness to some of greatest secrets of WW2.
My Thoughts..
Three young women become the best of friends when they meet at Latimer House, a grand old country house tucked away in the Buckinghamshire countryside which guards some deadly WW2 secrets.  Whilst Evelyn Brooke-Edwards, Betty Connors and Judith Stern are very different in style, and personality, they soon form a close bond with each other and are determined to stick together come what may. Evelyn, Betty and Judith each their own specific tasks at Latimer House, for which they are well suited, but as they have all signed the Official Secrets Act they can't even disclose to each other the extent of their secret war work.
What then follows is a different look at one of the secret operations that was taking place during WW2 and Latimer House played a real part in this secret world. Under the auspices of the Combined Services Detailed Interrogation Unit (CSDIC) thousands of prisoners of war passed through Latimer House and by interrogation and in listening into their private conversations, important information about the threats to air, sea and land was obtained in a clandestine manner.  The Secrets of Latimer House moves between what is happening at Latimer House, and as Evelyn, Betty and Judith each have their own particular burdens, the story shows how their secret work affects each of the women, these difficulties are handled well and give an authentic feel to the story.
The Secrets of Latimer House is a beautifully written war-time story which shows the importance of female friendship, the camaraderie of sticking together when the going gets tough, and regardless of circumstances, the importance of giving love and romance a chance to flourish.
About the Author 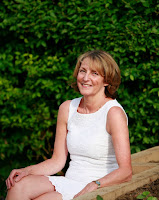 Jules Wake announced at the age of ten that she planned to be a writer. Along the way she was diverted by the glamorous world of PR and worked on many luxury and not so luxury brands. This proved fabulous training for writing novels as it provided her with the opportunity to hone her creative writing skills.

She writes bestselling warmhearted romantic contemporary fiction for One More Chapter as Jules Wake and was shortlisted for Romantic Novel of the Year 2020 with The Spark.
Under her pen name Julie Caplin, she also writes the warm and witty Romantic Escapes series.Between them, the two Js have written eighteen novels,he Secret of Latimer House being the latest.