📖 Featured Book of the Month ~ The Winter Garden by Alexandra Bell

You are invited to enter an unusual competition.
I am looking for the most magical, spectacular, remarkable pleasure garden this world has to offer.
On the night her mother dies, 8-year-old Beatrice receives an invitation to the mysterious Winter Garden. A place of wonder and magic, filled with all manner of strange and spectacular flora and fauna, the garden is her solace every night for seven days. But when the garden disappears, and no one believes her story, Beatrice is left to wonder if it were truly real.
Eighteen years later, on the eve of her wedding to a man her late father approved of but she does not love, Beatrice makes the decision to throw off the expectations of Victorian English society and search for the garden. But when both she and her closest friend, Rosa, receive invitations to compete to create spectacular pleasure gardens - with the prize being one wish from the last of the Winter Garden's magic - she realises she may be closer to finding it than she ever imagined.
Now all she has to do is win.
📖 My thoughts...
Beatrice Sitwell is eight when her mother dies and in a house filled with silence and sadness, she takes comfort in a magical world which comes to her when the clock strikes thirteen. Entering the magical winter garden brings Beatrice solace, but, as she gets older, a deep yearning to revisit the garden consumes her but the opportunity is only ever presented to those in great need.
The adult Beatrice is a solitary figure but she is blessed to have friends who feature strongly in the story especially Rosa Warren, an American, who has aspirations of becoming part of the British aristocracy. However, marriage doesn't make Rosa happy, and her own frightening journey takes her into some dark places in her search for the perfect life. Beatrice and Rosa interweave and twirl together, sometimes they are friends, whilst other times they are frosty towards each other, but each for their own reasons are drawn towards the magic of the elusive Winter Garden of their, rather special, imaginations.
The Victorian fascination for pleasure gardens is brought to life in this magical story filled with soulful automatons, fantastical creatures and otherworldly delights but look closer and the story is about grief and sadness, the Victorian fascination for death and the social and moral restrictions placed upon women at that time. Beatrice and Rosa, both are women of their time, one bound by all the restrictions placed upon her because she dares to be a female adventurer in a male dominated world, and the other abused, demeaned and neglected under the disguise of marriage and motherhood.
Beautifully written, with the most sumptuous imagery, the story fills the senses and creates a wishful yearning to see all of the magical beauty of The Winter Garden laid out before you, but, remember all that glitters in the story is not gold, so be careful what you wish for...
I've read the eBook version of this story but if you can get your hands on a handsome hardback edition, you'll see the most wonderful floral design creeping up the outer edge of the book. Wonderfully different and beautifully described, I have no hesitation in making The Winter Garden my Featured Book of the Month for October.
About the Author
Alexandra Bell was born in 1986. She studied Law at university and signed her first book deal at nineteen. Since then, she has written books for both adults and young people, including the Zoella Bookclub pick, Frozen Charlotte, and The Polar Bear Explorer's Club series, under the name Alex Bell. She lives in Hampshire in a house ruled by Siamese cats.
Twitter @Alex_Bell86 #TheWinterGarden
@DelReyUK 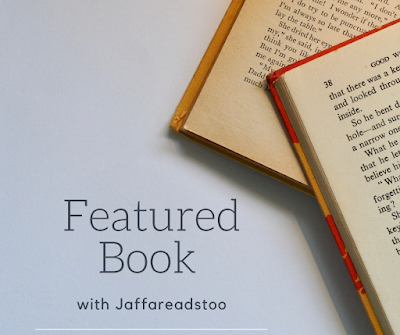