📖 Blog Tour ~ To All the Living by Monica Felton

First published in 1945, To All the Living takes place in a munitions factory throughout 1941 in Blimpton, a place ‘so far from anywhere as to be, for all practical purposes, nowhere.’ The novel gives a lively account of the experiences of a group of men and women in the factory from both a top down and bottom up perspective, detailing the triumphs and tragedies of a diverse list of characters. It is wide-ranging in the themes it touches on, including class, sexism, socialism, fear of communism, workers’ rights, anti-semitism and xenophobia. Much of it was based on the author’s own experiences in the Ministry of Supply in the first years of the war, and it is one of the best depictions of factory life during wartime, providing the reader with a fascinating insight into this vital aspect of Britain’s home front.
Factory work, as depicted in the novel, could be exhausting and repetitive, with workers often receiving low pay. Initially work was on a voluntary basis which meant there was always a shortage of labour. As the war progressed, conscription for women was introduced in December 1941 to help stem the shortages.
By 1945, 6.7 million women were contributing to the war effort out of a population of 48 million with a further 2.5 million in the voluntary sector. Only the Soviet Union mobilized a higher percentage of women for the war effort and the novel reflects the experiences of a tiny proportion of these women.
The work undertaken by women at munitions factories will also be explored in IWM’s new Second World War Galleries with personal items belonging to a worker at the Leeds based Blackburn Aircraft Factory on display for the first time when they open in October of this year.
IWM Senior Curator, Alan Jeffreys, has written an introduction that provides context and the wider historical background. He says, ‘researching the Wartime Classics has been one of the most enjoyable projects I’ve worked on in my years at IWM. It’s been very exciting rediscovering these fantastic novels and helping to bring them to the wider readership they so deserve.'
To All the Living by Monica Felton is published by IWM and can be pre-ordered here: www.iwmshop.org.uk/pg/114/IWM-Wartime-Classics at the online IWM shop.
📖 My Thoughts..
It's been my privilege to have read several stories in this IWM series of classic wartime novels and each one brings with it an element of authenticity. However, it’s not just the power of the individual storytelling which holds true but it is also the importance of keeping these classic stories alive for another generation.
To All the Living gives a fictional account of what it was like to work in munitions factory and follows the fortunes of a group of women newly employed in the factory at Blimpton. And as they learn their trade in the factory, so we also get used to the social and political implications of this type of war work.
Without the testimonies of those who have gone before it’s becoming increasingly difficult for us to imagine what life was like at this time and especially in a munitions factory during the Second World War. Largely staffed by young women who, lured by the promise of decent wages and comfortable billets, soon found that life in the factories was both sheer hard work and frighteningly dangerous. Putting their lives at risk every time they arrived for duty, handling explosives, which at the very least caused severe dermatitis, and at its worse could, and often did, prove fatal, especially if the explosives used to fill the shell casings were mishandled.
Set in 1941, but written in 1945, the novel is very much of its time. Within its comprehensive pages there is an undeniable authenticity which comes from the author writing about what she knows best and whose knowledge highlights the stifling bureaucracy amongst petty officials which so often hampered progress. Felton’s own experience of working at the Ministry of Supply gives the story an unequalled breadth of knowledge which certainly helps to put time, place and purpose into the right context.
In reissuing these splendid WW2 novels, the Imperial War Museum is doing a great job in bringing the history of the war era alive for a new audience of readers.
About the Author 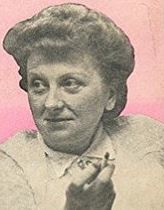 Monica Felton (1906 – 1970) was a feminist, socialist, historian, peace activist and a pioneering proponent of town planning. She went to University College, Southampton and then did a Phd at the LSE. In 1937 she was elected a member of the London County Council representing St Pancras South West. During the Second World War she served in the Ministry of Supply, an experience she reflected in To All the Living. In 1942 she became a Clerk of the House of Commons.
After the war she became involved in town planning, serving as Chair for the Peterlee and Stevenage Development Corporations. However, she was fired from this post after taking an unauthorized trip to North Korea on behalf of the Women’s International Democratic Federation in 1951. On her return from this trip she accused American troops of atrocities and British complicity. There was a media and establishment backlash and even accusations of treason. As a result she became increasingly isolated in Britain and moved to India in 1956. She died in Madras (modern day Chennai) in 1970.
About the IWM
IWM (Imperial War Museums) tells the story of people who have lived, fought and died in conflicts involving Britain and the Commonwealth since the First World War.
Our unique collections, made up of the everyday and the exceptional, reveal stories of people, places, ideas and events. Using these, we tell vivid personal stories and create powerful physical experiences across our five museums that reflect the realities of war as both a destructive and creative force. We challenge people to look at conflict from different perspectives, enriching their understanding of the causes, course and consequences of war and its impact on people’s lives.
IWM’s five branches which attract over 2.5 million visitors each year are IWM London, which will open extensive new Second World War and The Holocaust Galleries in autumn 2021; IWM North, housed in an iconic award-winning building designed by Daniel Libeskind; IWM Duxford, a world renowned aviation museum and Britain's best preserved wartime airfield; Churchill War Rooms, housed in Churchill’s secret headquarters below Whitehall; and the Second World War cruiser HMS Belfast.
Twitter @I_W_M  #WarTimeClassics
@angelamarymar
@RandomTTours 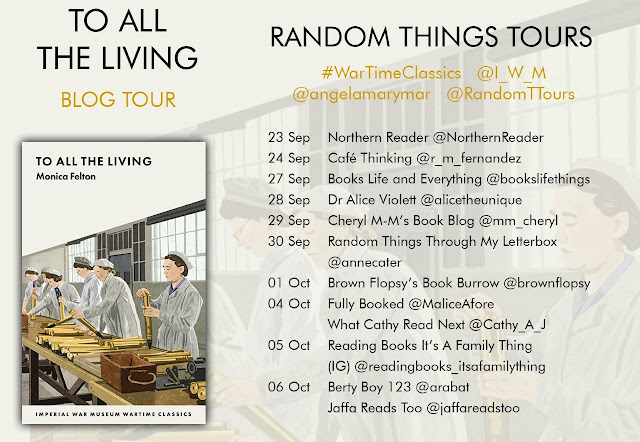