Delighted to take part in this blog tour today

‘I would caution you against delving into the past. The past is often best left exactly where it is.’
Emma Bowen has never had a close relationship with her mother, barely speaking with her in the last years of her life. But after her mother’s death, Emma finds something that might just explain the distance between them. Discovering letters between her mother and grandmother, it seems to Emma that her mother has always been difficult. As she searches for answers about her own childhood, Emma is drawn into the mystery of her mother’s enigmatic life. The more she finds, the more lost she feels, but Emma is determined to uncover her mother’s past, and the secrets held within it, whatever the cost. An enthralling story of three women, generations apart, linked by one terrible tragedy.
📖 My thoughts..
After her mother's death Emma Bowen discovers rather more about her mother than she could ever have imagined. In the last years of Margaret's life Emma's relationship with her was pretty much non-existent, which makes clearing the debris of her mother's life all the more difficult. Moving forwards and backwards in time we get a picture of the family events which shaped Margaret's personality and which altered the course of her life forever.
The story opens with a harrowing first chapter which I thought was exceptionally well written and which placed me distinctly in the moment, experiencing all the shock and confusion, so lost in the moment, that I found myself wincing in one particular spot. I think that sets the scene perfectly for the rest of the story which is sometimes quite shocking in nature, whilst at other times it is so delicately observational that it quite moved me to tears.
The eponymous girl in the maze is an intriguing premise for the story and as the plot starts to dance and twirl so the meaning behind the title becomes clearer. It's very much a story about motherhood, particularly the complicated relationship between mothers and daughters, a process which is in itself so complex that all the twists and turns in the story only adds to the perception that we never really know someone until we look deep inside their soul.
I read The Girl in the Maze until my eyes ached with tiredness as I couldn't bear to not know what happened to both Margaret and Emma and hoped that there would be some sort of resolution for both of them. There is a further complicated dimension when an intriguing third person enters into the story which only adds a delicious twist to what is an already complex family drama.
Beautifully characterised, and wonderfully descriptive, The Girl in the Maze is an exceptionally accomplished debut novel from an exciting new talent. I can't wait to see what Cathy Hayward comes up with next time.
About the Author 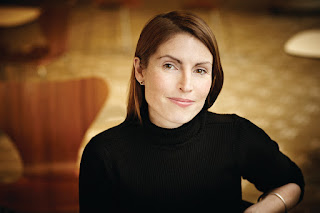 Cathy Hayward trained as a journalist and edited a variety of trade publications, several of which were so niche they were featured on Have I Got News for You. She then moved into the world of PR and set up an award-winning communications agency. Devastated and inspired in equal measure by the death of her parents in quick succession, Cathy completed The Creative Writing Programme with New Writing South, out of which emerged her debut novel, The Girl in the Maze, about the experience of mothering and being mothered. It won Agora Books’ Lost the Plot Work in Progress Prize 2020 and was long listed for the Grindstone Literary Prize 2020. When she’s not writing (or reading) in her local library, Cathy loves pottering in second-hand bookshops, hiking, and wild camping. She lives in Brighton – sandwiched between the Downs and the sea – with her husband, three children, and two rescue cats – one of whom thinks he’s a dog.
Twitter @CathyHayward7 #TheGirlInTheMaze
@AgoraBooks 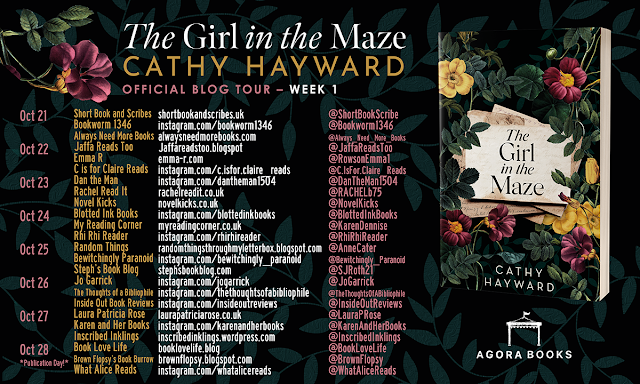