I'm delighted to welcome back to the blog author, Alison Morton

Where did you get the inspiration for Double Pursuit?
Well, the first book Double Identity was written in reply to a challenge by Conn Iggulden, the historical fiction author. While he’d endorsed INSURRECTIO, one of my Roma Nova thrillers, he (strongly) suggested I have a go at a contemporary thriller. So I did.
Readers (and reviewers!) seemed to like Double Identity and urged me to write a sequel. For myself, I really wanted to know what was next, professionally and personally, for Mel and Jeff.
How does Double Pursuit fit in with the previous book in the series?
Although it follows Double Identity chronologically, it’s written as a standalone. I dislike cliff-hangers or books written as episodes, so each story must be properly resolved. I wrote a short prequel to Double Identity (The Sand Beneath Her Feet) while drafting Double Pursuit and that links in with events in both books, but none of them is dependent on any of the others. (Readers can get a short copy of The Sand Beneath Her Feet free if they sign up to my newsletter.)
The second book in a series is sometimes considered more difficult to write – were there any challenges with this book, and if so, can you tell us how you overcame them?
Although I was familiar with military procedures and weapons, I had to research additional things such as shipping, the French presence in the Sahel in Africa, the Belgian military and the Italian police. Mel’s employer, the European Investigation and Regulation Service (EIRS) is tasked with the difficult, awkward or near impossible cases, so they often look into murky parts of life – more research!
You seem to have a penchant for feisty, female lead characters, is there anything of you in Mélisende des Pittones?
Apart from saying I had six years in uniform in a specialist unit, I couldn’t possibly comment!
Your writing is very atmospheric – how do you ‘set the scene’ in your novels and how much research did you need to do in order to bring this series to life?
Thank you! I’m a ‘picture person’ so I visualise the scene in my mind and my fingers have to type furiously to keep up as I try to put the scene into words on the screen. I will have read up about the places if I don’t know them, plus here I must confess to using Google street view to walk/drive down places I don’t know.
What characteristics do you think make a good fictional detective and equally, what makes a good fictional villain?
They both have to be unique characters with plenty of quirks. Similarly, they’re probably both very determined. A fictional investigator must be persistent, dogged even, and not deterred from using their imagination as well as their logical brain. A villain must demonstrate a motivation a reader can understand such as envy, greed, resentment, insecurity, perhaps emotionally scarred, vain or neglected; they can’t just be ‘bad’ or ‘evil’.
Tell us about your writing day – are you disciplined, strictly 9 til 5, or are you more of a have a cup of tea and think about it sort of writer?
I’m a ‘fits and starts’ writer and tea flows throughout the day. I try to write in the morning, and sometimes I’m back at the keyboard in the evening. It depends on whether the characters are running around in my brain, hammering on the inside of my skull desperate to get out.
Can you tell us if you have another novel planned in this series?
I’m pretty sure there will be at least a third one, but not until next year. I have half a Roma Nova book drafted, the story of Julia Bacausa and Lucius Apulius meeting in the late fourth century leading to the foundation of Roma Nova.
She’s hunting arms smugglers. But who is hunting her?
One dead body, two badly injured operatives and five crates of hijacked rifles.
In Rome, former French special forces intelligence analyst Mélisende des Pittones is frustrated by obnoxious local cops and ruthless thugs. Despite the backing of the powerful European Investigation and Regulation Service, her case is going nowhere. Then an unknown woman tries to blow her head off.
As Mel and fellow investigator Jeff McCracken attempt to get a grip on the criminal network as well as on their own unpredictable relationship, all roads point to the place she dreads – the arid and remote African Sahel – where she was once betrayed and nearly died. Can Mel conquer her fear as she races to smash the network and save her colleague’s life?
About the Author
Alison Morton writes award-winning thrillers featuring tough but compassionate heroines. Her nine-book Roma Nova series is set in an imaginary European country where a remnant of the ancient Roman Empire has survived into the 21st century and is ruled by women who face conspiracy, revolution and heartache but with a sharp line in dialogue.
She blends her deep love of France with six years’ military service and a life of reading crime, historical and thriller fiction. On the way, she collected a BA in modern languages and an MA in history.
Alison now lives in Poitou in France, the home of the heroine of her latest two contemporary thrillers, Double Identity and Double Pursuit. Oh, and she’s writing the next Roma Nova story.
Twitter @alison_morton
Website
Buying links

Thanks so much Alison for being such a super guest today.
Happy writing. 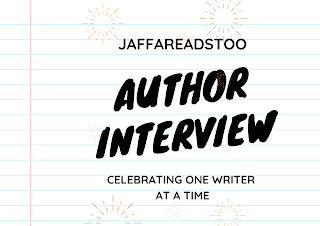