Thrilled to host a stop on this blog tour today

Liberty Terrace by Irish fiction author Madeleine D’Arcy is a collection of short stories set in a fictional area of Cork City between 2016-2020, capturing the highs and lows of everyday life in the lead-up to and during the pandemic.
Featuring a wide cast of characters from a Garda Superintendent and a young homeless squatter to a philandering husband and the mother of young autistic child – the residents of Liberty Terrace’s lives ebb and flow around each other, prompting readers to consider what it means to be human and be part of a community. Madeleine has poured herself into this book. As the mother of an autistic child herself – and a former Census Enumerator to boot – she brings her remarkable empathy and unique life experiences to life through the characters of Liberty Terrace.
📖 My Thoughts..
Liberty Terrace is an interconnected set of short stories which takes us, between the years 2016-2020, into the fictional heart of this small corner of Cork City and into the lives of those inhabitants who call this place home. Each story is perfectly self contained and yet as you read through the collection there is a distinct sense of continuity even though the stories are many, and varied, just like the characters.
Wryly observant, with a fine sense of time and place, I read through each of the stories in sequential order. Interested to see just what would follow next, I found that I liked all of the stories equally and the author's clever writing ensures than none of them outshine each other in terms of content and impact. The author has picked up on the nuances of everyday behaviour, with a few quirks thrown in for good measure, especially in light of the characters completing the obligatory census return form. I enjoyed how each story had its own definite identity so although there is a common theme of community, there is also individuality of people and place. Touching on the months of the global pandemic we come right up to date with how some characters deal with the oppressive nature of lockdown and about how the pandemic was turning everyone into nervous wrecks.
Liberty Terrace is an interesting, observational anthology, with some great stories which, collectively, highlight the highs and lows of everyday life.
About the Author 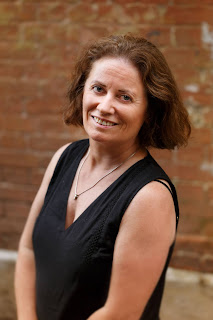 MADELEINE D’ARCY is an Irish fiction writer. A former solicitor, she lived in the UK for 13 years before returning to live in Cork City with her husband and her son in 1999. Madeleine’s first Doire Press short story collection ‘Waiting for the Bullet’ was awarded the 2015 Edge Hill Readers’ Prize’ from Edge Hill University in Ormskirk. In 2010 she received a Hennessy X.O Literary Award for First Fiction as well as the overall Hennessy X.O Literary Award for New Irish Writer. Her stories have been short-listed and commended in many competitions, including the William Trevor/Elizabeth Bowen Short Story Competition, Fish Short Story Prize, the Bridport Prize and the Seán Ó Faoláin Short Story Competition. Madeleine has been awarded bursaries by the Arts Council of Ireland and by Cork City Council. Madeleine was a scholarship student on the inaugural MA in Creative Writing 2013-2014 in University College Cork. Waiting for the Bullet is Madeleine’s debut collection of short stories.
About the Publisher
Doire Press was founded in the autumn of 2007 in Connemara by Lisa Frank, with skills and experience in editing and publishing, and by John Walsh, who had just received a publication award from the Galway County Council Arts Office to publish his second poetry collection, Love’s Enterprise Zone.
Since then, Doire Press has continued to blossom, finding its niche in publishing new and emerging writers who give voice to what it means to be Irish in a changing Ireland. Authors include Madeleine D’Arcy, Edward Boyne, Gerry Galvin, Susan Millar Du Mars, Adam White, Breda Wall Ryan, Willian Wall, Eamon Carr, Stephanie Conn, Simon Lewis, Amanda Bell, Annemarie Ní Churreáin, and Rosemary Jenkinson.
Twitter @MadeleineDL #LibertyTerrace
@Doirepress @Midaspr 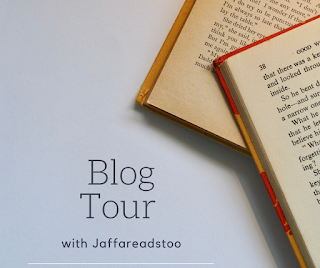