Thrilled to host one of today's stops on this blog tour

An unforgettable discovery
In 1922, Lady Evelyn Herbert’s dreams are realised when she is the first to set foot inside the lost tomb of Tutankhamun for over 3,000 years.
A cursed life
But the months after the discovery are marred by tragedy, when Eve’s father dies suddenly and her family is torn in two. Desperate to put the past behind her, Eve retreats into a private life with her new husband.
A deadly choice
But she is harbouring a dark secret about what really happened in Egypt. And when a young woman comes asking questions years later, the happiness Eve has finally found is threatened once more....
📖 My Thoughts...
Lady Evelyn Herbert, the only daughter of the Earl of Carnavon, was actively involved in the discovery of a tomb located in the Valley of the Kings, in Upper Egypt, in 1922. Together with archaeologist, Howard Carter, and her father, Lady Evelyn was one of the first people to enter Tutankhamun's tomb in three millennium. This spectacular discovery is well documented as is the alleged curse of the Pharaohs which seemed  to follow those who had been involved in the excavation.
We first meet Evelyn in 1972 when she is in her early seventies and recovering from a stroke. During her slow recovery she is contacted by a young Egyptian academic who is interested in learning more about some of the artefacts excavated from Tutankhamun's tomb. In a series of imaginative flashbacks we are whisked back to the Egypt of 1922, and experience, with Lady Evelyn, the wonder and joy of this momentous discovery. The dusty ambiance of excavating is brought to life as is the close relationship which flourished between Evelyn, her father, and Howard Carter. As with all moments in history there are secrets which are known only to those who were closely involved, and The Collector's Daughter shines the spotlight on some of those well hidden secrets.
This fascinating story is based on what little is known about Evelyn, and the author brings to glorious life, not just the enthusiasm which the discovery of the tomb brought but also of the difficulties Evelyn faced in the years afterwards. Her loving relationship with her husband, Sir Brograve Beauchamp, helped to put these challenges into perspective, particularly after the sudden loss of Evelyn’s father in 1923.
Combining historical fact, with beautifully written fiction, The Collector's Daughter has been an absolute joy to read from start to finish.
As an impressionable teenager I queued for many hours in the spring of 1972 to get a glimpse of the glory of Tutankhamun’s treasures. Seeing the London exhibition at the British Museum and the magnificent display of artefacts is something I will never forget.
About the Author 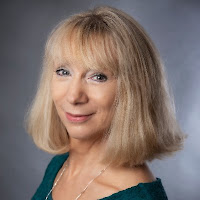 Gill Paul is an author of historical fiction, specialising in the twentieth century and often writing about the lives of real women. Her novels have topped bestseller lists in the US and Canada as well as the UK and have been translated into twenty-one languages. The Secret Wife has sold over half a million copies and is a book-club favourite worldwide. She is also the author of several non-fiction books on historical subjects. She lives in London and swims year-round in a wild pond. The Collector’s Daughter is her tenth novel.
Twitter @GillPaulAUTHOR #TheCollectorsDaughter
@Avon
@RandomTTours 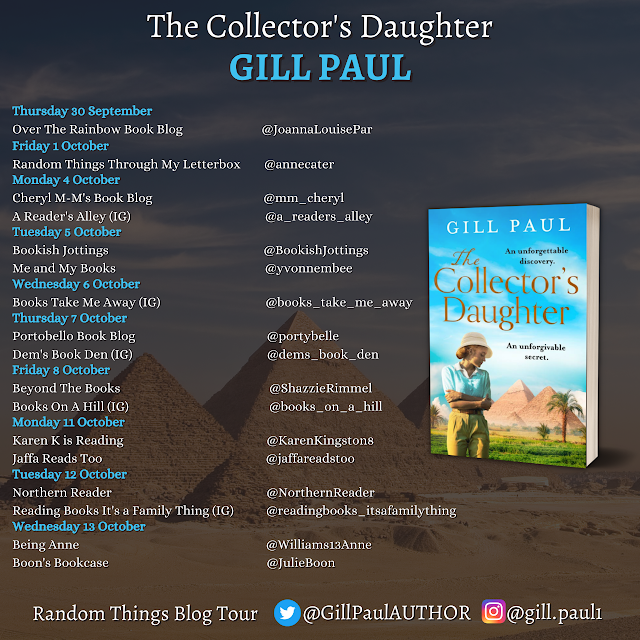