Delighted to be part of this blog tour
Catherine, a successful barrister, vanishes from a train station on the eve of her anniversary. Is it because she saw a figure - someone she believed long dead? Or was it a shadow cast by her troubled, fractured mind?
The answer lies buried in the past. It lies in the events of the hot, seismic summer of 1989, at Vanes - a mysterious West Country manor house - where a young girl, Jane Lestrange, arrives to stay with the gilded, grand Hunter family, and where a devastating tragedy will unfold.
Over the summer, as an ancient family ritual looms closer, Janey falls for each member of the family in turn. She and Kitty, the eldest daughter of the house, will forge a bond that decades later, is still shaping the present..

📖 My thoughts..
When we first meet Catherine Christophe it is 2018 and she is a successful barrister working in London, where she lives with her husband, Davide and her two teenage children. On the surface life is good, but there are undercurrents in Catherine's life which seem to be affecting her state of mind. Bothered by the events of a troubled past Catherine, not the most reliable of narrators, leads us slowly towards what happened at the family home in the late summer of 1989.
With hints of menace, the gradual air of suspicion gradually reveals a story which is buried in the events at Vanes, a West Country manor house, where the eccentric Hunter family live, and the house where Catherine spent her childhood. The arrival into their lives of Janey Lestrange, a young teenager, with more than her own share of mental health problems, only adds to the sense of intrigue which surrounds this unusual family.
The story flits effortlessly between three time frames and it pays to keep focused as there is much to learn about the Hunter family, and many secrets need to come to light before the whole of this rather sad, and decidedly, creepy story is revealed. I found the many complexities intriguing, especially the weaving of the story around an old English folk song which highlights the danger of keeping some ancient traditions alive. The author, with her trademark skill for storytelling, fires the imagination right from the start with an intriguing prologue which gives a fascinating insight into Catherine's troubled state of mind.
Beautifully written, The Beloved Girls is a multi-layered, and intriguing, family drama which looks at the unreliability of memory, the dangerous association of keeping hidden secrets and of a past which would rather remain locked away forever.
About the Author 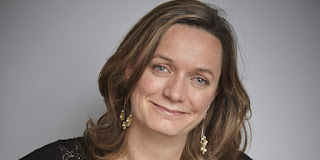 Harriet Evans is the author of several top ten bestsellers including the Sunday Times bestselling The Garden of Lost and Found and Richard and Judy book club selection The Wildflowers. She used to work in publishing and now writes full time, when she is not being distracted by her children, other books, sewing projects, puzzles, gardening, and her much-loved collection of jumpsuits. Last year, she and her family moved from London to Bath.
Twitter @HarrietEvans #TheBelovedGirls
@headlinepg
@RandomTTours 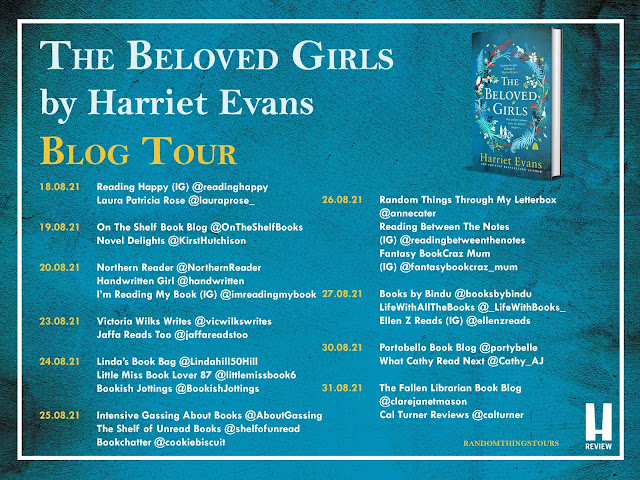