Anna Belfrage, author of Under the Approaching Dark 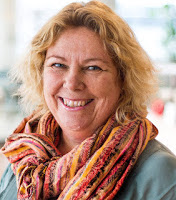 When I was a child, my mother would often read me poetry. Most of the time, it would be Swedish poetry, but now and then she’d open her well-worn books of English verse, leafing swiftly back and forth to find her favourites. Her books were dog-eared and splotched – like my own books of verse are – testament to how often she opened them, fingers caressing the words as she spoke them.

At the time, we were living in South America, and my mother was badly affected by what the Welsh call Hiraeth, a melancholic longing for home. Hence, most of the Swedish poetry she read us was by poets describing Sweden at its most nostalgic best—whether it be in the purple shadows of the very short Midsummer night, or the dappled sunlight of a forest glade—places that screamed “home” to my mother, but not so much for me, as I had little recollection of the land of my birth.

I preferred the English poems as they never affected my mother quite as much. Well, they usually didn’t, until the day she cleared her throat and started reading Michael Drayton to me:

Since there’s no help, come let us kiss and part.
Nay, I have done, you get no more of me,
And I am glad, yea, glad with all my heart,
That thus so cleanly I myself can free;
Shake hands forever, cancel all my vows,
And when we meet at any time again,
Be it not seen in either of our brows
That we one jot of former love retain.
Now at the last gasp of Love’s latest breath,
When, his pulse failing, Passion speechless lies,
When Faith is kneeling by his bed of death,
And Innocence is closing up his eyes,
Now, if thou wouldst, when all have given him over,
From death to life thou mightst him yet recover.

Clearly, this poem held a lot of significance for her, as her eyes moistened slightly. She cleared her voice and explained this was a poem about how love can suddenly end, leaving the lovers angry and hurting even while they (or at least one of them) hope that somehow things could be mended. “Once broken, it’s difficult to do,” she added. “The break never heals completely.”

Well, that was well over my eleven-year-old head, but I nodded all the same and scooted closer to her, offering what wordless comfort I could.

My mother cleared her throat and went on to read some more. Robert Herrick’s “Gather ye rosebuds while ye may” made her smile as she told me this had been a favourite of a boy she’d met at university. These days, I wonder if maybe that same boy was the one she thought of when declaiming Drayton. Back then, I asked her to read some more.

“Alright,” she said, thumbing through the pages until she reached the John Donne section:

Go and catch a falling star,
Get with child a mandrake root,
Tell me where all past years are,
Or who cleft the Devil’s foot:
Teach me to hear the mermaids singing,
Or to keep off envy’s stinging,
And find
What wind
Serves to advance an honest mind

If thou beest born to strange sights,
Things Invisible to see,
Ride ten thousand days and night,
Till Age snow white hairs on thee;
Thou, when thou return’st, wilt tell me,
All strange wonders that befell thee,
And swear,
No where,
Lives a woman true and fair.

If thou find’st one let me know;
Such a pilgrimage were sweet.
Yet do not: I would not go,
Though at next door we might meet.
Though she were true when you met her,
And last till you write your letter,
Yet she
Will be
False, ere I come, to two or three.

When she finished, she was crying. So was I, struck through the heart by the bitterness of the poet. Once again, I didn’t fully understand, but I was amazed at how such beautiful words could contain so much anger. I went about for days murmuring the first few lines over and over again. When my mother was busy elsewhere, I pulled out her precious book and found the poem, reading it silently to myself while I wondered what a mandrake was, and why he disliked women so much. What I also found was a folded slip of paper, worn so thin it was see-through. Faded blue ink in an unfamiliar handwriting covered the page, beginning with “Go and catch a falling star”.

Many years later, I bought a historical novel called The Moon in the Water by Pamela Belle. It has a sequel called The Chains of Fate, and these two books count among the best historical fiction I have ever read. It was while reading these books that I fully understood Donne’s poem, weeping until my eyes itched as Thomazine and Francis loved, lost, hated, loved, lost…

This is also when I understood that maybe my mother wept because she was never given the chance to explain herself. Maybe that boy (and yes, I’m stuck on that boy who shared her love of English poetry) thought her false and sent her that paper on which he’d copied Donne’s poem. Maybe she wanted to tell him otherwise, maybe she quoted Drayton at him, beseeching him to try again.  Or maybe it is as simple as two poet-lovers comparing notes over tea, one very long-gone spring day in the 1950s. I’ll never know, as I have no intention of asking.

Jane Cable, author of Another You

My first poem is Robert Louis Stevenson's 'From a Railway Carriage' which is from 'A Child's Garden of Verses'. My 1971 copy is illustrated by Hilda Boswell and I still think it's beautiful. 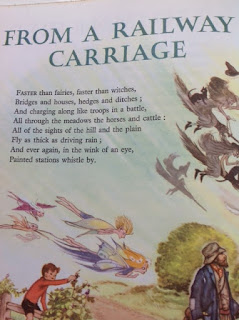 To be fair, it isn't the first poem I remember but it's the first I committed to memory and can still recite today. Because my father wrote poetry my early years were full of it, starting with his own childhood copy of A A Milne's 'When We Were Very Young'. I did go through it to see if I could pick a first or favourite but failed miserably. Every weekend morning I'd climb onto his bed and he'd read to me and very often it was poetry of some sort.

What I especially love about 'From a Railway Carriage' is that it can be read aloud in the rhythm of a train rattling along a track - try it and it works perfectly, speeding up and slowing down just like the real carriages would. As a child that fascinated me and I expect it's why the poem has stayed with me for so long. My father was really good at breathing life into poems and as he loved trains too I expect we were both swept up on a wonderful journey through the countryside, far away from the semi in Cardiff where I grew up, our noses pressed to the windows together as the fairies, witches and tramp all flashed past.

It's a really lovely memory!

I’ve chosen The Listeners by Walter de la Mare, the first poem to make a strong impression on me when I learnt it at school. It’s a lovely piece and still one of the most evocative I know. Moonlight shines on the lonely forest clearing as the traveller reaches the mysterious door. Apart from his knocks, the champ of his horse eating grass, and the whirr of wings of a startled bird, there’s an eerie silence. He knocks repeatedly, his impatience growing. No one answers. But the host of phantom listeners who live in the dark house hear him, and, as he senses their presence, the eeriness increases. At last, he makes a final, desperate appeal:

‘Tell them I came and no one answered,

That I kept my word,’ he said.

Still no reply. Dejected, he rides away, and the silence surges softly back.

De la Mare was celebrated for his ghost stories and, on one level, that’s what the poem is. When I was a child, the story fascinated me as well as making me shiver, and it still does. Why has the traveller come? Is it to return something to its rightful owners, or to claim something? The ghostly atmosphere brings back memories of childhood nights spent reading spooky stories by torchlight under the bedcovers.

However although de la Mare said there was no hidden meaning in his poem, some people have seen it as an allegory of man’s soul searching for answers to the eternal questions. Often, literature affects us differently as different times of our lives. As I grow older, the idea of an allegory has an increasing resonance.


Huge thanks to Anna, Jane and Harriet for sharing their memories with me today.


Next week : My First Classic 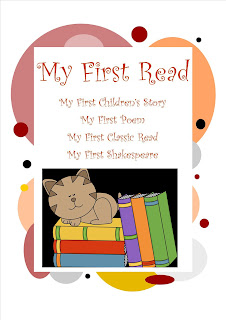