Blog Tour ~ The Other Twin by L V Hay

When India falls to her death from a bridge over a railway, her sister Poppy returns home to Brighton for the first time in years. Unconvinced by official explanations, Poppy begins her own investigation into India's death. But the deeper she digs, the closer she comes to uncovering deeply buried secrets. Could Matthew Temple, the boyfriend she abandoned, be involved? And what of his powerful and wealthy parents, and his twin sister, Ana? Enter the mysterious and ethereal Jenny: the girl Poppy discovers after hacking into India's laptop. What is exactly is she hiding, and what did India find out about her? Taking the reader on a breathless ride through the winding lanes of Brighton, into its vibrant party scene and inside the homes of its well heeled families, The Other Twin is startling and up-to-the-minute thriller about the social-media world, where resentments and accusations are played out online, where identities are made and remade, and where there is no such thing as truth...

There's something very dark happening in the mean and moody streets of Brighton which Poppy discovers to her cost when she goes out to find just what happened to her sister, India. What Poppy discovers forms the basis of this cleverly put together mystery which grabs your attention from the offset.

The author writes well and holds the reader's attention in this complex mystery which looks at all aspects of family life and uncovers secrets which may well have been better left hidden. There are lots of twists and turns in this novel which exposes a whole web of dark secrets and cleverly uses the intricacies and complexities of the social media world in order to paint a realistic picture of modern day life.

The novel certainly packs a real punch. The characters are well formed and whilst not always likeable they certainly get under your skin so that you can't help but become involved in the story in a visceral sort of way. The story is dark and moody, rather like the description of Brighton which I always imagined as being a cheery sort of place. Not so with The Other Twin which introduces us to a whole different side of  Brighton life.

The Other Twin is an interesting and clever novel which is well put together and which has an eerily realistic edge  to it. 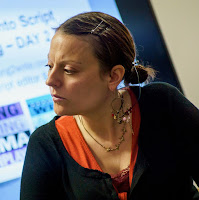 Lucy V. Hay is a novelist, script editor and blogger who helps writers via her Bang2write consultancy. She is the associate producer of Brit Thrillers Deviation (2012) and Assassin(2015), both starring Danny Dyer. 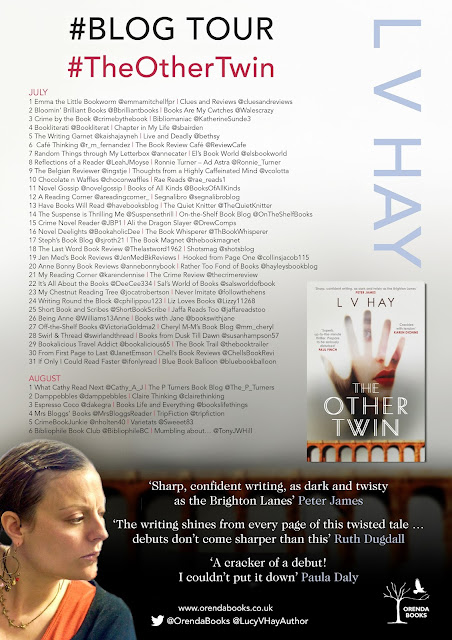