*Blog Tour* - The Killing of Polly Carter by Robert Thorogood

**Jaffareadstoo is delighted to be part of this exciting Blog Tour**

The Killing of Polly Carter 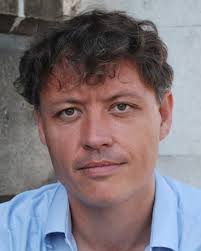 Robert is the creator of the BBC1 hit show, Death in Paradise.

Hi Robert, it's really great to have you as our guest author today...

When did your love affair with crime novels begin?

Hello everyone, thanks very much for stopping by. I’m delighted to be writing a guest blog for Jo and Jaffa today—and, in fact, I realise I can include a little Christmasy message for Jaffa at the end of this blog as well.

But first I thought I’d tell you about when I first fell in love with murder mystery novels, as I remember the occasion very well. It was when I was 9 or 10 years old and I read my first Agatha Christie book, Peril at End House.

What blew my mind was the fact that there was at least one person in the story (the murderer!) who wasn’t telling the truth. And even better than this, I realised that the author wasn’t being honest either. She was actively trying to trick and misdirect me. I couldn’t believe it. Grown-ups didn’t lie… did they? Well, in the world of murder mysteries they did, and I loved it.

I’ve been reading murder mystery novels ever since. And when I was trying to get my TV writing career off the ground, there was only one show I wanted to work on, and that was Midsomer Murders. I adored it. Just adored, adored, adored it.

I loved how the world of Agatha Christie had been transplanted without apology to modern-day Oxfordshire with John Nettles solving ‘Golden Age’ mysteries once a week.

So I badgered the production company who make the show to see if I could get a job writing an episode of Midsomer. They said it wouldn’t be possible, which was an understandable response. I hadn’t written any broadcast TV at this point, and Midsomer is one of the top shows on TV, they can pick and choose their writers.

However, it was only because I was failing to get a job on Midsomer that I continued to come up with my own ideas for murder mystery TV shows, including Death in Paradise. And when Death in Paradise got greenlit by the BBC and I had to write the first few episodes, I found myself going back to the ideas I’d developed for Midsomer and using them for my own show instead.

It’s funny how life turns out, isn’t it?

But there’s no doubting. My career writing murder mystery TV and novels now only exists because—many years ago—I picked up that first Agatha Christie book and thought, ‘Oo, I wonder if I’ll like this…?’

And now, as promised at the beginning of the blog, here’s a special Christmas photo of our lovely (but very grumpy*) cat, Daniel, wishing Jaffa and everyone else on the blog a very Merry Christmas! 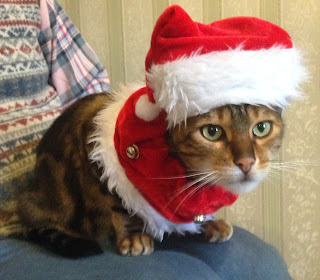 Huge thanks to Robert ...and Daniel ....for being our guests today.

And to Julia At MIDAS Public Relations for her kind invitation to be part of this exciting blog tour. 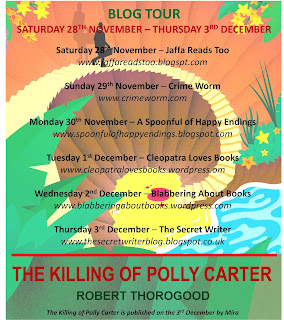