The Author in my spotlight is...Sharon Booth 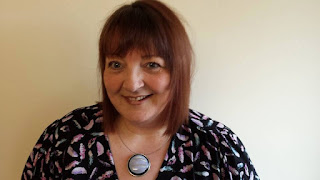 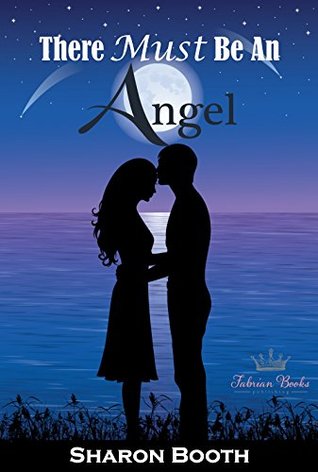 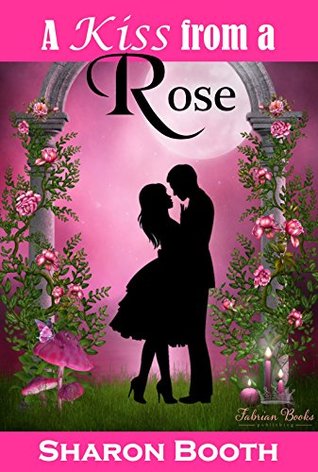 
Where did the idea for There Must Be An Angel come from?

Truthfully, what eventually became There Must Be An Angel started with the character's name, Gabriel. I don't know why he ended up being called that – it just popped into my head and stuck. Nothing else seemed right for him, so I had this man, a father, who I knew had a really troubled past but had the name of an angel, and it all started from there. I knew he would find someone who believed in him, even when he doubted himself, and I wanted her to come into his life when he least expected it. That gave me the idea of a woman arriving in his home town for some reason, and that's when I came up with Eliza and the story of her broken marriage and broken heart. Even with that, however, I needed a reason why she would come to that particular place specifically, and decided that she was looking for someone. As the theme of fathers and daughters was already strong in the book, it seemed obvious that she was looking for her father. Gradually, the whole angel link evolved.

Without spoiling the story can you tell us a little about the characters?

The main characters are Eliza and Gabriel. Eliza has had what she thought was a happy marriage to Harry, a television presenter. She never knew her father, and her mother died when she was quite young. She was brought up by her uncle, Joe Hollingsworth, who is a famous chat show host. On the surface, she has a rich, comfortable life. In reality, all is not what it seems. Eliza has a chronic lack of self-esteem. She heads to Kearton Bay looking for her father, but really she's looking for herself, to make sense of who she actually is. Gabriel, meanwhile, is struggling. He's been through a traumatic time, has suffered a huge loss of income, is practically homeless, and is trying to do his best for his teenage daughter but feels he is failing her. He has little faith in himself and has resigned himself to a life without love.

When you first started writing There Must Be An Angel – did you always intend it to be part of a series? And if so, did you know at the start where the story will eventually finish?

When I started to write the first book, I had three characters in my head – Joe, Will and Lexi. They had popped into my head when we were on our way to Somerset for a holiday. As my husband drove, I was busy daydreaming about a funny, kind, loyal chat show host, a feisty young woman who had no time for romance, and a rich, sweet, awkward man who adored her from afar. My intention was to write about Lexi, but as her background developed and I met her father, he began to interest me, too. Eventually, I knew that I needed to write his story first, and I knew that Lexi's and Will's romance would be a slow-burning thing that would develop in the background. I thought it would be two books, but then Rose pushed her way in and demanded a book of her own. Rose was only intended to be a minor character in There Must Be An Angel, but she had such a strong voice that she more or less shoved Lexi to the back of the queue. I wrote A Kiss from a Rose, and, as I was writing it, I realised there was another character who deserved further exploration, too. I'm writing Lexi's story next, and the other character will feature in the fourth and final book in the series.

Where do you get your inspiration for a story – are you inspired by people, places, or do you draw purely from your imagination?

It really does vary. With this series, the first characters just popped into my head and started the whole thing. I didn't really have a story mapped out for them, but I knew they were strong and I would have to do something with them. Setting is very important, though. Kearton Bay was inspired by Robin Hood's Bay on the North Yorkshire coast. It's very atmospheric, and as I was walking round, I could really picture my characters living out their lives there. A building, a view, the name of a pub…they can all inspire storylines, as can song titles, a painting, a story in a newspaper. My work colleague was telling us all about her naughty boxer dog one day, and that made me wonder…could a naughty dog bring a couple together? The result was All Because of Baxter, which was recently published by D C Thompson as a People's Friend Pocket Novel. Inspiration can strike any time, any place!

I've written stories and poems since I was about six or seven. I've always loved reading, and as I eagerly devoured books like Enid Blyton's Malory Towers or Famous Five series, or children's comics like Tammy, I soon realised that I wanted to write my own stories. Of course, they were shameless rip-offs of the stories I was reading, but I had to start somewhere! My first "novel" was a hundred pages long and fully illustrated. It was about a boarding school that specialised in ballet. It started quite strongly, but since I didn't know a thing about ballet and had never been to a boarding school, I ran out of ideas pretty quickly. I can't imagine how many notebooks I bought throughout my childhood, or how many times I wrote "Chapter One". There were very few Chapter Twos, unfortunately. When I got married and started a family, I stopped writing. It was taking an Open University course in writing fiction that got me interested again, and when I had the idea for the Kearton Bay books, I didn't want to let it fizzle out. Determined to finally finish at least one novel, I signed up for NaNoWriMo, and during that month I completed a first draft of a hundred and twenty thousand words. Hardly any of that first draft made it to the final version of There Must Be An Angel, but by persevering with NaNoWriMo, I had raw material to work with. So much more comforting than a blank page!

I can't imagine how you would write a book that you wouldn't enjoy reading. Writing is such hard work that I couldn't finish a book if I wasn't thoroughly enjoying the story myself – even if, at times, I despair of it and want to hurl my computer out of the window. I love contemporary romances with lots of humour in them, so that's what I tend to write. Having said that, I also love a cosy mystery such as Agatha Christie's Miss Marple series, or really spooky, supernatural crime books like those of Phil Rickman, or my fellow Write Romantic, Helen Phifer. If I'm being really honest, I think the authors that initially influenced me the most were Enid Blyton, the Pullein-Thompson sisters, Ruby Ferguson and Joanna Cannan. The books of my childhood inspired me to write my own stories, and I still think they were fantastic books and often re-read them, even today. I enjoy reading lots of contemporary authors' work, too, of course. I love Valerie-Anne Baglietto's twist on fairytales, and I'm a big fan of Carole Matthews, Milly Johnson, Trisha Ashley, Fiona Walker, Veronica Henry, Jilly Cooper and many more. As I'm connecting online with more writers, I'm discovering new ones all the time. There are some fabulous books out there. I just wish I had more time to read them all!

When I close a book, or switch off my Kindle, I like to do it with a big sigh of satisfaction, a lump in my throat, and a feeling that all's well with the world. I like a happy ending. I like to feel that I've been emotionally involved with the characters in the stories, that I've been on a real journey with them, and that they've got the resolution they deserve. I would love readers to feel that way when they finish my books.

I'm currently working on the second draft of my third full-length novel, which is separate from the Kearton Bay series. I'm hoping to release it some time in the spring of next year. Then I'm working on a novella and the third Kearton Bay book, so Will and Lexi will finally share their story. Then I'm putting out a Christmas collection before starting work on the final Kearton Bay story and beginning a whole new series. I have a lot to do!

A Kiss from a Rose available here

There Must Be an Angel available here

My review of There Must Be An Angel is here


Huge thanks to Sharon for giving so generously of her time and for sharing her thoughts about writing, There Must be an Angel and Kiss from a Rose.