The author in my spotlight is ...Eliza Redgold


I am delighted to welcome the author 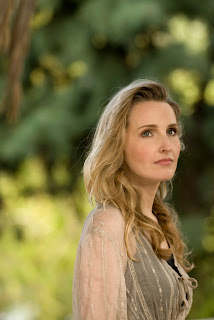 NAKED: A Novel of Lady Godiva was released internationally by St Martin’s Press New York in 2015. Her ‘Romance your Senses’ series of contemporary romances are published by Harlequin. They include Black Diamonds, Hide and Seek and Wild Flower. Eliza is also contracted to Harlequin Historical for two upcoming Victorian historical romances. Look out for Enticing Benedict Cole in November 2015.

Eliza Redgold is based upon the old, Gaelic meaning of her name, Dr Elizabeth Reid Boyd. English folklore has it that if you help a fairy, you will be rewarded with red gold. She has presented academic papers on women and romance and is a contributor to the forthcoming Encyclopedia of Romance Fiction. She was born in Irvine, Scotland on Marymass Day and currently lives in Australia.


We know her name. We know of her naked ride. We don't know her true story.

We all know the legend of Lady Godiva, who famously rode naked through the streets of Coventry, covered only by her long, flowing hair. So the story goes, she begged her husband Lord Leofric of Mercia to lift a high tax on her people, who would starve if forced to pay. Lord Leofric demanded a forfeit: that Godiva ride naked on horseback through the town. There are various endings to Godiva's ride, that all the people of Coventry closed their doors and refused to look upon their liege lady (except for 'peeping Tom') and that her husband, in remorse, lifted the tax. Naked is an original version of Godiva's tale with a twist that may be closer to the truth: by the end of his life Leofric had fallen deeply in love with Lady Godiva. A tale of legendary courage and extraordinary passion, Naked brings an epic story new voice.

Naked : A Novel of Lady Godiva

The legend of Lady Godiva is shrouded in myth. In your research for the novel; did you discover anything which surprised you?


The biggest surprise in my research for NAKED: A Novel of Lady Godiva was how old the legend really is. The tale of Godiva’s famous naked ride is over a thousand years old, yet her myth goes even further back in time. Lady Godiva (or Countess Godgyfu, in the Anglo-Saxon version of her name) was a real person who lived in 11th century Anglo-Saxon England but there are more ancient stories linked to Godiva. In one very old version, Godiva’s ride is not a procession, but a love-chase. In this story, Leofric sets his wife a riddle to test her. She must come to him neither being clothed or unclothed, without a foot touching the ground. Cleverly, Godiva rides rather than walks and covers her naked body with a golden net of her hair. In some tellings of this version, Godiva is accompanied by a hare – connecting her to the Celtic goddess of Spring, Eostre. She also strongly resembles another spring goddess who took a woodland May-Day procession to summon the new season. Her name? The goddess Goda.

Godiva is very much a strong female character – did you find that she came easy to the page and how much fun did you have in bringing her to life?

Godiva rode into the story and surprised me for the whole journey. In my research for NAKED I discovered that Godiva’s tale has been revived during major periods of change and liberation in women’s lives. Her story was popular in the Middle Ages, when apparently there was a Godiva craze, and revived again in Victorian times just before the suffragettes demanded the vote (even Queen Victoria was a fan – she gave a nude statue of Godiva to Prince Albert!). Now Godiva’s riding high again. Godiva is more than a character – she’s a powerful female archetype.

Godiva’s husband, Leofric, has been much maligned and yet in Naked, you portray him as a sensitive and compassionate man. When did you decide to make him into a hero rather than a villain?

After his marriage to Godiva, Leofric the Earl of Mercia was a changed man. Ancient records suggest Leofric and Godiva’s marriage was a strong one. Together they supported monasteries, built abbeys and churches and aided the poor. The original cathedral in Coventry was founded by Godiva and Leofric. When I visited Coventry, it was near the old cathedral that I stumbled across the site where Godiva and Leofric are believed to be buried. Their spirits are definitely in the air and I became convinced there was more to their (love) story.

I knew the book was finished when in my imagination I saw Godiva and Leofric walk away. Godiva turned and smiled. Leofric walked on (he only has eyes for Godiva).

I wish I was one or the other. I plot then write, then re-plot, then rewrite … you get the idea. (I’m not a night owl or a lark either! I go to bed early and sleep late J).

There’s a quote by Helene Cixous that I love: ‘Between author and character, what secret proximity’.

Authors are in every character they write, but they are not their characters. There’s a difference. In NAKED I identified with them all – both heroes and villains, large and small, but I’d most want to be like Godiva – she’s my heroine.

As both an academic in gender studies and a novelist, I’m passionate about telling the tales of women. NAKED is the first in my ‘Legendary Lady’ series to take back the story of a legendary lady to tell it from her point of view and twist her tale. I like to read books that reveal a different point of view of history, and there are so many amazing novelists doing that today.

My biggest influence is Aphra Behn (1640 – 1689) who was the first English female playwright. Witty and scandalous, she was also said to be a spy. Virginia Woolf believed that “all women together ought to let flowers fall upon the tomb of Aphra Behn … for it was she who earned them the right to speak their minds.” Readers and writers alike - we all owe her!

NAKED: A Novel of Lady Godiva is available in all good bookstores and online.

My thanks to Eliza for giving so generously of her time for sharing her story of Lady Godiva with my blog readers.

Huge thank to Anita Chapman for her help with this interview and the kind invitation to feature this lovely novel.