The landscape of Britain is transformed at night when its man-made and natural landmarks are illuminated against a backdrop of magnificent stellar skyscapes. In the heart of our cities iconic structures are picked out and away from the built-up areas in our darker spaces the astral and lunar world takes to the stage alongside the landscape.
In Britain by Night, photographer Mark McNeill has captured a huge variety of night scenery and skyscapes that show both natural and man-made Britain in a new light. He takes his camera from Scotland, the North East, the Lake District and the rest of the North West including Liverpool and Manchester, to Wales, the Midlands including Birmingham, the East of England, London, the South Coast and the South West.
The images captured range from iconic locations such as the Sycamore Gap in the Northumberland National Park framing the Milky Way, the Ribblehead Viaduct, the Forth Viaduct, Jodrell Bank beneath the moon, to familiar landmarks such as the Cutty Sark picked out by light and the Liverpool skyline, our magnificent coast, atmospheric lakeside and mountain shots, and much, much more.
Look through these photographs and you will quickly see the fascination of the night-time world of Britain beneath the stars.
📖 My review..
Over the last couple of years I think we have all come to appreciate the natural world and perhaps we now see our environment in a more enlightened way, but do we ever stop to consider what is happening when our night-time world goes dark?
In Britain By Night photographer, Mark McNeill shines the spotlight, not just on places of natural beauty but also on the urban landscape of our towns and cities and this lovely book offers a tantalising glimpse into a fascinating world of night-time photography where images, colour and shape take on a very different form. The night sky offers a unique perspective and photographers especially love the challenge of capturing dark skies awash with myriad stars, or using their photographic skill to bring familiar landscapes to life in a kaleidoscope of colour.
The photographic images in Britain by Night are many and varied, some capturing iconic views which are instantly recognisable whilst others perhaps not so well known but equally captivating. I have really enjoyed looking through the 130 illustrations, which bring back memories of places I have visited like Gold Hill in Shaftesbury, Hermitage Castle in the Scottish borders and South Stack on Anglesey. Other images are places on my doorstep right here in the North West and having seen Media City in Salford many times in day light I was beguiled by its night time persona. However, no matter where you are in Britain there are multi-coloured images which will capture your attention and encourage an interest in our nocturnal landscape.
Britain By Night is a fascinating look at Britain under the stars by a talented and skillful photographer whose passion for his art comes across in his fine attention detail and his emotional connection to the rural, and urban, landscape around him.
📷 Best read with... a flask of coffee and camera on a tripod.
About the Author
Mark McNeill is a professional photographer based in the North West of England. He specialises in landscape photography and also has a particular interest in night-time photography and astrophotography. In 2018 he was highly commended in the prestigious Astronomy Photographer of the Year competition held by the Royal Observatory Greenwich celebrating the very best in astrophotography across the globe, judged by a panel of experts from the worlds of art and astronomy.
Twitter @marksmcneill #BritainByNight
Website
@amberleybooks
Amazon UK 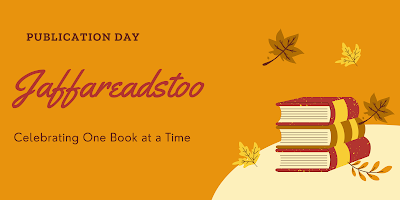