📖 Blog Tour ~ Daughters of Paris by Elisabeth Hobbes (and Giveaway)

A promise that binds them together. A war that pulls them apart.
Childhood companions Fleur and Colette make a vow, under the trailing ivy of their secret garden, that they will be secret sisters forever. But as they grow up, the promises of childhood are put to the ultimate test. For Colette is the daughter of the house, and her life is all jazz clubs, silk dresses and chilled champagne, while Fleur is the orphan niece of the housekeeper and doesn’t feel like she belongs anywhere.
Years later, in 1939, life as they know it will never be the same. As the German tanks roll in and Paris becomes an occupied city, the promise they made as children will have consequences they could never have imagined.
📖 My Review
Whilst Colette Nadon and Fleur Bonnivard grow up in the same household in Paris their lives couldn't be more different. Colette, the daughter of the house is spoiled and pampered, whilst Fleur, being the orphaned niece of the housekeeper, is more used to life below stairs. However, despite their different social standing the girls become friends, playing games and sharing secrets that is until, Colette leaves for England leaving Fleur to create a new life for herself.
Years later as Europe is on the cusp on war and with the German occupation of Paris not far away, Colette returns, hugging her secrets close. Fleur and Colette soon realise that their secure way of life has disappeared and living in an occupied city has many challenges and hidden dangers. With their own individual problems to work through the women discover that there is an ever present need for watchfulness.The lack of food is a constant problem and yet, both women rise above the challenges and do what they can for the war effort. Both Fleur and Colette are strong characters, with distinct personalities, and observing them grow and develop over the course of the story is what makes this such an enjoyable read.
Daughters of Paris is well written historical fiction which looks at the challenge of the lives of women during the German occupation of Paris.
📖 Best read with.. a hot tisane of lemon verbena
About the Author 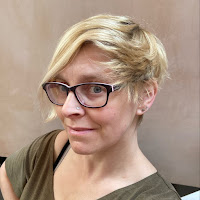 Elisabeth began writing in secret, but when she came third in Harlequin’s So You Think You Can Write contest in 2013, she was offered a two-book contract, and consequently had to admit why the house was such a tip. Elisabeth’s historical romances with Harlequin Mills & Boon and One More Chapter span the Middle Ages to the Second World War and have been Amazon bestsellers and award shortlisted
Elisabeth is a primary school teacher but she’d rather be writing full time because unlike five-year-olds, her characters generally do what she tells them. When she isn’t writing, she spends most of her spare time reading and is a pro at cooking one-handed while holding a book.
She was born and raised in York but now lives in Cheshire because her car broke down there in 1999 and she never left.
Twitter @ElisabethHobbes #DaughtersOfParis
Amazon UK
Facebook
Bookbub
@rararesources
Giveaway to win a signed copy of Daughters of Paris by Elisabeth J Hobbes ( UK only)
*Terms and Conditions–UK entries welcome.Please enter using the Rafflecopter box below.The winner will be selected at random via Rafflecopter from all valid entries and will be notified by Twitter and/or email. If no response is received within 7 days then Rachel’s Random Resources reserves the right to select an alternative winner. Open to all entrants aged 18 or over.Any personald ata given as part of the competition entry is used for this purpose only and will not be shared with third parties, with the exception of the winners’ information. This will passed to the giveaway organiser and used only for fulfilment of the prize, after which time Rachel’s Random Resources will delete the data.I am not responsible for dispatch or delivery of the prize.
Enter via this Rafflecopter Link 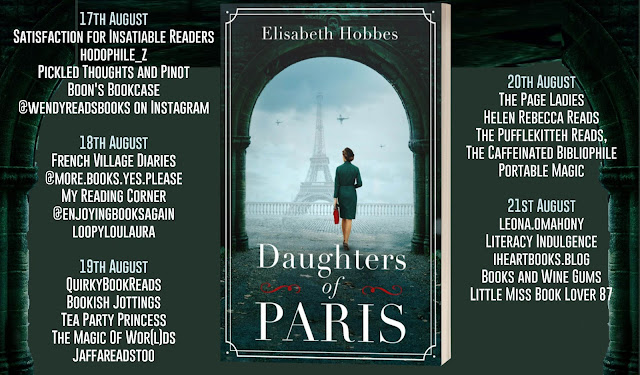