Two decades on from a passionate courtship and marriage, Lucas and Esther are getting divorced.
For Esther, it’s proving hard not to feel bitter watching Lucas enjoying his successful career, not to mention the attentions of his gorgeous, intelligent, and predictably younger lover. She meanwhile is struggling to forge a new life for herself, navigating the pitfalls of modern dating, while trying not to despair at the cost of living as a single woman of a certain age.
Then Lucas faces a shattering accusation at the same time as their children Dylan and Lily, start to implode. When Dylan runs away, and as his father fights to save his reputation, Lucas and Esther find themselves back in each other’s lives, whether they like it or not.
Has too much water passed under the bridge, or will long-forgotten loyalties and feelings bring the family back together, just when they need each other the most? 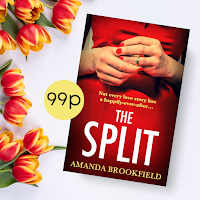 📖 My review..
Family breakdowns are never easy and after twenty years of marriage Esther is struggling to come to terms with her divorce. Her ex-husband Lucas seems to be forging ahead with a predictably younger lover whilst Esther is floundering in the pitfalls of entering a modern dating arena for which she has no real enthusiasm. With her grown up children facing their own personal crossroads, Esther must learn to be more resilient in the face of adversity and it is this theme which runs throughout the story.
Esther has a strength which at the start of the novel she is unaware of and the gradual blossoming of her character is what kept me turning the pages.  Lucas, on the other hand, is a whole different sort of character, and not a  person I warmed to easily, and yet his part in this cautionary tale is just as fascinating, especially when his professional reputation, so carefully cultivated over years, is facing a downward spiral.
The story flows well, albeit a little slow at the start, which I think is quite intentional as it gives us the opportunity to get to know the characters and to understand the family dynamic, so when things start to heat up, we are already invested in the the minutiae of family life, and the ties, although rather fractured, which attempt to hold the family together.
The Split is an enjoyable, quietly introspective family drama which looks at the pitfalls of a marriage breakup and the effect that this has on every part of family life going forward into the future.
Best read with..a glass of Sauvignon Blanc
About the Author 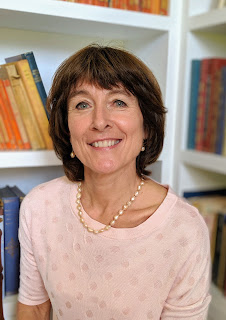 Amanda Brookfield is the bestselling author of 16 novels including Good Girls, her first book for Boldwood, Relative Love and Before I Knew You, as well as a memoir, For the Love of a Dog starring her Golden Doodle Mabel. She lives in London and has recently finished a year as Visiting Creative Fellow at University College Oxford.
Twitter @ABrookfield1 #TheSplit
Newsletter sign up
BookBub
Amazon UK
@BoldwoodBooks #BoldwoodBloggers @BookandTonic
@rararesources