📖 Blog Tour ~ The Last Girl to Die by Helen Fields

In search of a new life, sixteen-year-old Adriana Clark’s American family moves to the ancient, ocean-battered Isle of Mull, far off the coast of Scotland. Then she goes missing. Faced with hostile locals and indifferent police, her desperate parents turn to private investigator Sadie Levesque.
Sadie is the best at what she does. But when she finds Adriana’s body in a cliff side cave, a seaweed crown carefully arranged on her head, she knows she’s dealing with something she’s never encountered before.
The deeper she digs into the island’s secrets, the closer danger creeps – and the more urgent her quest to find the killer grows. Because what if Adriana is not the last girl to die? 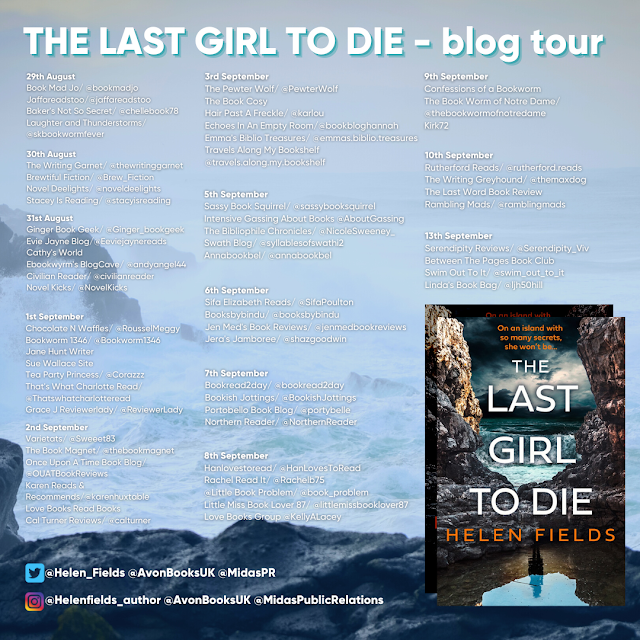