📖 Blog Tour ~ Mr Right Across the Street by Kathryn Freeman

📖 Thrilled to be part of this lovely blog tour 📖

Mia Abbott’s move to Manchester was supposed to give her time and space from all the disastrous romantic choices she’s made in her past. But then the hot guy who lives opposite–the one who works out every day at exactly 10 a.m., not that Mia has noticed thank-you-very-much–starts leaving notes in his window...for her.
Bar owner Luke Doyle has his own issues to deal with but as he shows Mia the sites of her new city he also shows her what real romance looks like for the first time. And when he cooks up a signature cocktail in her honour, she realises that the man behind the bar is even more enticing than any of his creations. And once she's had a taste, she knows it will never be enough.
📖 My thoughts..
After escaping a bad relationship, Mia Abbott is determined to make a fresh start in Manchester however, making new friends doesn't come easily especially when you live alone. Mustering all her courage, Mia goes to the local bar, aptly named The Bar Beneath and is embarrassed to see that the bloke who lives in the apartment opposite her, the one she's been ogling every morning as he does his morning exercise routine, works in the bar and is perhaps the most attractive man she's seen in a long time. Luke Doyle's attraction to Mia is immediate but with his track record of loving, and leaving, a trail of women, Mia is, quite naturally, reluctant to be anything other than friends with this hunky barman.
I raced through Mr Right Across the Street over the space of a grey afternoon and immediately felt at ease with all the lovely characters who flit into and out of the story. I especially enjoyed observing how Luke and Mia's relationship gradually progressed and the lovely way they began to open up and trust each other. It was great to have a story set in Manchester, a city I know well, so I could easily follow as Luke introduces Mia, on a series of 'non-dates', to what what this splendid northern city has to offer.
One thing is guaranteed, Kathryn Freeman always writes a really good story. She captures the light hearted romantic mood with consummate ease and leads you into a story which not only sizzles with passion, but which also highlights the trepidation of starting over, and the uncertainty of learning to trust again. Mr Right Across the Street is an entertaining 'will they, won't they' romance between two really likeable characters who charm their way into your heart right from the start.
About the Author 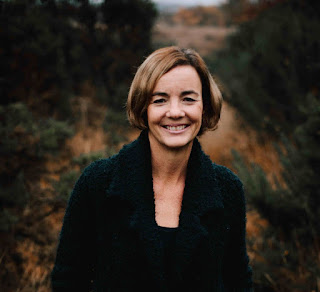 A former pharmacist, I’m now a medical writer who also writes romance. Some days a racing heart is a medical condition, others it’s the reaction to a hunky hero. I’ve two sons and a husband who asks every Valentine’s Day whether he has to buy a card (yes, he does), so any romance is all in my head. Then again, his unstinting support of my career change proves love isn't always about hearts and flowers-and heroes come in many disguise.
Twitter @KathrynFreeman1 #MrRightAcrossTheStreet
Facebook Website Amazon UK
@0neMoreChapter_
@Raraesources