In the midst of World War II, the members of one village WI fight harder than ever to help the war effort. But behind closed doors, each is fighting a more personal battle.
Pat Simms is reeling from her own role in her abusive husband's death, and the new freedom before her is daunting. Sarah Collingborne is struggling with the absence of her husband, who is stranded in a POW camp abroad, and trying her best to fill his treasured place in the village.
Meanwhile, Teresa Lucas is anxious about her future as a parent, and her friend Alison Scotlock is on the verge of starting a new relationship. And Miriam Brindsley's good luck might be about to change...
Grieving for men already lost and anxious for those still away fighting, the women of Great Paxford must rely on each other. Amidst the complexities of broken relationships, loss and friendship, this group of very different women must work together to find a way through.
📖 My Thoughts..
Those who watched the ITV drama, Home Fires, will recognise the setting for this historical saga which follows the fortunes of a group of women who are left to keep the home fires burning in the village of Great Paxford, in Cheshire, during WW2. This is the third book in the series which picks up directly after book two, so if you haven't watched the TV series, or read any of the books, then it would be sensible to start at the beginning.
Great Paxford is still reeling from the effects of the war but the villagers themselves are facing their own personal tragedies which the author describes in such an interesting way that you can't help but be moved emotionally by their individual stories of loss and heartbreak. The spirit of togetherness is very much in evidence and the author does a great job of keeping the wartime theme of make do and mend very much alive.
A Woman's Courage is a lovely historical saga, and having watched, and enjoyed, the TV series I had the characters firmly fixed in my mind. This continuation has been rather like meeting up with old friends, and acquaintances, some of whom you like more than others, but all of them add an interesting dimension to the story. I was rather disappointed when ITV failed to commission a further series back in 2015, but am heartened that the story continues and is written so well by the scriptwriter in these heartwarming historical sagas. 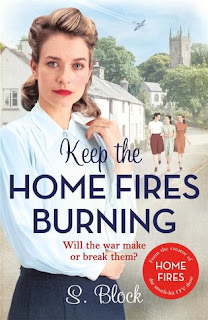 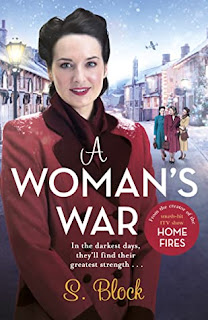 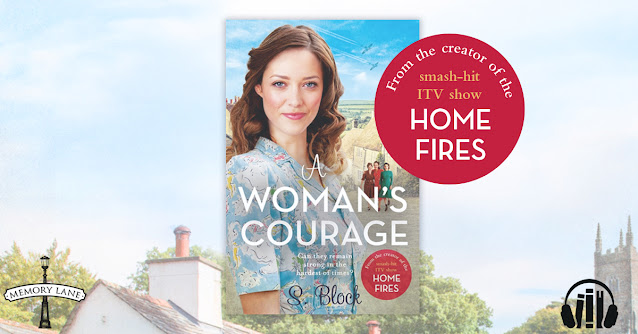