📖 Thrilled to host a stop on today's Blog Tour 📖

Prickly. Stubborn. Terribly lonely. But everyone deserves a second chance… Missy Carmichael’s life has become small. Grieving for a family she has lost or lost touch with, she’s haunted by the echoes of her footsteps in her empty home; the sound of the radio in the dark; the ticktick-tick of the watching clock. Spiky and defensive, Missy knows that her loneliness is all her own fault. She deserves no more than this; not after what she’s done. But a chance encounter in the park with two very different women opens the door to something different. A new life beckons for Missy, if only she can be brave enough to grasp the opportunity. But seventy-nine is too late for a second chance. Isn’t it?
📖 My thoughts..
None of us like to think about growing older, or our families moving away, but for many people the prospect of loneliness is very much an issue. In Saving Missy the author takes us on Missy's journey as she faces her own sense of loss. Alone and living in a house which is far too big for her, and surrounded by memories of the past, Missy is becoming increasingly isolated. Her son and daughter are both living their own lives and Missy lacks the confidence to make any significant changes, that is, until a chance meeting in the park changes Missy's outlook and leads her life in a whole new direction.
The story flows beautifully and from the start there's a real connection with Missy, she really could be anyone you know, perhaps that neighbour who scurries back inside after a hasty hello. or someone you see sitting on a lonely park bench in Spring, lost in their thoughts, and it's that ordinariness which makes this story so relatable. I had an impression that Saving Missy was going to be a rather sad story but whilst there are moments which focus on loss and loneliness, there are also some lighter moments provided by those who flit into Missy's life, especially Bob, characters who leave a lasting impression, not just on Missy, but also on the reader. As Saving Missy moves backwards and forwards in time so a picture of Missy's life emerges, from her time as a young Classics student at Cambridge, to her life as a wife and mother, and then to the loneliness of later life when we start to see her reluctance to get close to people for fear of getting hurt.
Saving Missy is a beautiful story of love and loss, and of finding friendship in the most unexpected of places.
About the Author 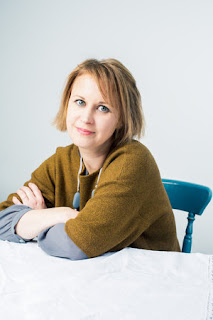 Beth Morrey is currently the Creative Director at RDF Television where she has been involved in numerous productions – she helped create The Secret Life of Four Year Olds series on Channel 4 and devised 100 Year Old Drivers for ITV. She was shortlisted for the Grazia-Orange First Chapter competition back in 2011, had her work published in the Cambridge and Oxford May Anthologies, and was Vice-President of the Cambridge Footlights. Beth lives in London with her husband, two sons and dog.
Twitter @BethMorrey #SavingMissy #MeetMissy
@fictionpubteam
@HarperCollinsUK
@RandomTTours 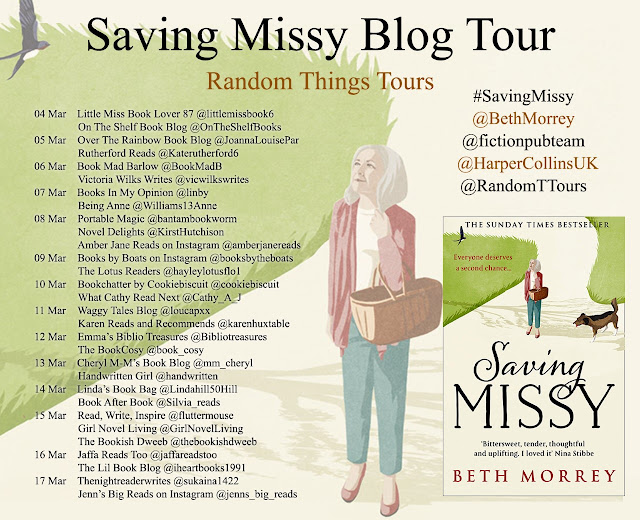