📖 Delighted to be part of this blog tour 📖

Minnie Gray is an ordinary young woman. She is also a spy for the British government. It all began in the summer of 1928... Minnie is supposed to find a nice man, get married and have children. The problem is it doesn’t appeal to her at all. She is working as a secretary, but longs to make a difference. Then, one day, she gets her chance. She is recruited by the British government as a spy. Under strict instructions not to tell anyone, not even her family, she moves to London and begins her mission – to infiltrate the Communist movement. She soon gains the trust of important leaders. But as she grows more and more entangled in the workings of the movement, her job becomes increasingly dangerous. Leading a double life is starting to take its toll on her relationships and, feeling more isolated than ever, she starts to wonder how this is all going to end. The Russians are notorious for ruthlessly disposing of people given the slightest suspicion. What if they find out? Full of suspense, courage and love, A Beautiful Spy is a stunningly written story about resisting the norm and following your dreams, even if they come with sacrifices.
📖 My thoughts..
Minnie Gray longs to escape her mundane life in Edgbaston where the only excitement in her life is accompanying her mother to another tedious event. Employed as a typist, Minnie yearns for something more substantial than being a wife and mother, and so when she is approached by a contact to work for the British government as a spy she grabs the opportunity to  do sometime worthwhile for her country.
What then follows is an interesting espionage story which sees Minnie become embroiled in the Communist movement, and with the political landscape of Europe about to change, her time spent undercover is fraught with both danger and intrigue. Based on the true story of Olga Gray, a British agent recruited by Maxwell Knight in 1932 to infiltrate the Friends of the Soviet Union, this clever mix of blending fact and fiction is done with a fine eye for political detail, and a clever understanding of the historical background to this tumultuous time in world history.
Keeping a fictional story so closely linked with factual evidence brings a genuine authenticity to the narrative and the author does a great job of building up the tension and showing the unease and trepidation involved in leading such a dangerous and, at times, exciting double life. The story is a little bit slow at the start but then as Minnie becomes more involved in the challenges ahead of her, it all starts to flow well. I enjoyed learning more about Minnie’s life, she is an interesting protagonist, determined to live life her own way and yet there’s a vulnerability to her which makes her character all the more fascinating.
Beautifully written, and impeccably researched, A Beautiful Spy is a cleverly controlled espionage story which brings to life the uncertainty of living in a time of political, and emotional, turmoil.
About the Author 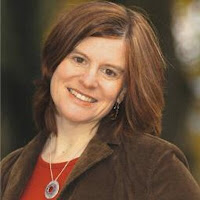 Rachel Hore worked in London publishing for many years before moving with her family to Norwich, where she taught publishing and creative writing at the University of East Anglia before becoming a full-time writer. She is married to the writer D. J. Taylor and they have three sons. Her last novel, The Love Child, was a Sunday Times bestseller.
Twitter @RachelHore #ABeautifulSpy
@simonandschusteruk @TeamBATC
@RandomTTours 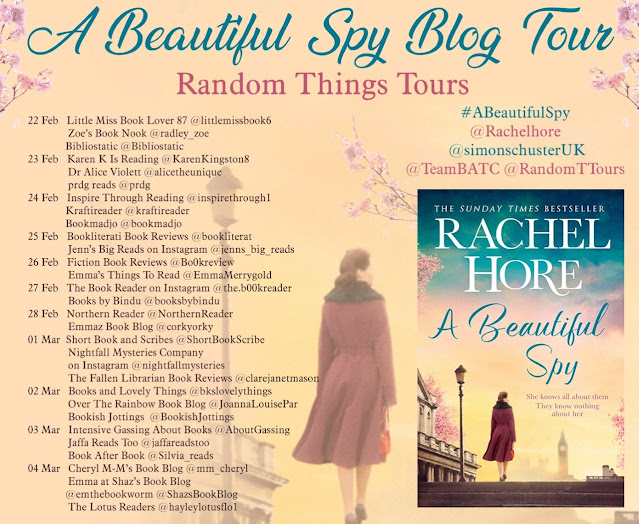