📖 Blog Tour ~ You Let Me Go by Eliza Graham #Giveaway

Delighted to host one of today's Blog Tour stops

After her beloved grandmother Rozenn’s death, Morane is heartbroken to learn that her sister is the sole inheritor of the family home in Cornwall—while she herself has been written out of the will.With both her business and her relationship with her sister on the rocks, Morane becomes consumed by one question: what made Rozenn turn her back on her?When she finds an old letter linking her grandmother to Brittany under German occupation, Morane escapes on the trail of her family’s past.
In the coastal village where Rozenn lived in 1941, she uncovers a web of shameful secrets that haunted Rozenn to the end of her days. Was it to protect hose she loved that a desperate Rozenn made a heartbreaking decision and changed the course of all their lives forever? Morane goes in search of the truth but the truth can be painful. Can she make her peace with the past and repair her relationship with her sister?
📖 My thoughts...
After her grandmother’s death, Morane Caradec embarks on a journey of discovery to try to understand the secrets which have overshadowed her grandmother’s life. Secrets, it must be said, which, until her grandmother’s death, Morane and her family didn’t know existed. From Cornwall, to Brittany, a wartime story of secrets, and family tragedy, starts to emerge, and as Morane delves deeper into the past, so she must come to terms with her own personal troubles.
Told in two distinct time frames, and in two distinct voices, we get to know Morane’s grandmother, Rozenn Caradec, when in 1941 she was a young woman exiled from her life in Paris. From necessity Rozenn’s family had to relocate to a small coastal village in Brittany, a place filled with a sense of mistrust, and which was just as uncertain as life as Paris. In the present time, Morane is facing her own set of difficult circumstances but in trying to make sense of her grandmother’s life, so new opportunities start to open up for her, and give Morane the chance to put the troubles of her own past into perspective.
The author writes well and allows the tension to build gradually so that when the final pieces of the story come together I genuinely cared about what happened to everyone. I felt an immediate attachment to Morane as she started on her emotional journey into the past, however, it is Rozenn’s story where the true heart and soul of the wartime tragedy lies.
You Let Me Go is an emotional, dual time story, which opens up the secrets of the past with a believable authenticity, and strong sense of history.
About the Author 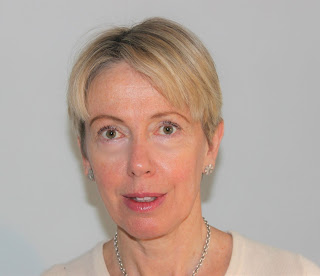 Eliza Graham's novels have been long-listed for the UK's Richard & Judy Summer Book Club in the UK, and short-listed for World Book Day's 'Hidden Gem' competition. She has also been nominated for the Baileys Women's Prize for Fiction and the Walter Scott Prize for Historical Fiction.
Her books have been bestsellers both in Europe and the US.
She is fascinated by the world of the 1930s and 1940s: the Second World War and its immediate aftermath and the trickle-down effect on future generations. Consequently she's made trips to visit bunkers in Brittany, decoy harbours in Cornwall, wartime radio studios in Bedfordshire and cemeteries in Szczecin, Poland. And those are the less obscure research trips.
It was probably inevitable that Eliza would pursue a life of writing. She spent biology lessons reading Jean Plaidy novels behind the textbooks, sitting at the back of the classroom. In English and history lessons she sat right at the front, hanging on to every word. At home she read books while getting dressed and cleaning her teeth. During school holidays she visited the public library multiple times a day.
Eliza lives in an ancient village in the Oxfordshire countryside with her family. Not far from her house there is a large perforated sarsen stone that can apparently summon King Alfred if you blow into it correctly. Eliza has never managed to summon him. Her interests still mainly revolve around reading, but she also enjoys walking in the downland country around her home and travelling around the world to research her novels.
Giveaway to win 3 x paperback copies of You Let Me Go by Eliza Graham
(UK and USA only)
Terms and Conditions - UK and USA entries welcome. Please enter using the Rafflecopter link below. The winner will be selected at random via Rafflecopter from all valid entries and will be notified by Twitter and/or email. If no response is received within 7 days then Rachel’s Random Resources reserves the right to select an alternative winner. Open to all entrants aged 18 or over.
Any personal data given as part of the competition entry is used for this purpose only and will not be shared with third parties,with the exception of the winners’ information. This will passed to the giveaway organiser and used only for fulfilment of the prize, after which time Rachel’s Random Resources will delete the data. I am not responsible for dispatch or delivery of the prize.
Rafflecopter Link
Author Facebook
Twitter @eliza_graham
Twitter @raresources 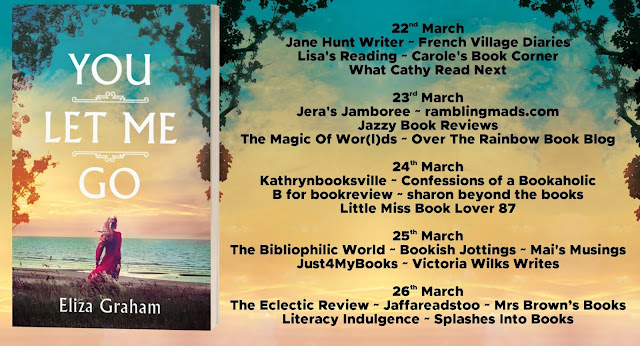