Let's go back to ....The First World War

There's something a little bit special about this epistolary novel which will have you reaching for a box of tissues long before you reach the end of this lovely, lovely story.

Set in the tumultuous years of WW1, we get to know Evie Elliot through the chatty letters she writes to her brother,Will and to her brother's best friend, Thomas Harding. Both young men went happily off to war in 1914, thinking that, like so many others, that after a jolly good adventure, the war would be over by Christmas.

Evie's letters from home do much to bolster Will and Tom's morale and her thoughtful gifts of tobacco and hand knitted socks go a long way to make life in the trenches more bearable. However, time and history would present a very different sort of character to this war, as Will and Tom find out to their cost. Life at home for Evie is very different, closeted in the country with her parents, Evie itches to do something for the war effort and her courage and bravery is testament to all the brave young woman who kept the home fires burning whilst all around them fell apart.

That the novel is an emotional read is something of an understatement, as there were times when I couldn't see the page for tears but through the sadness came that undeniable stoicism which seemed so integral to this amazing generation of young men and women who sacrificed so much of themselves so that the world they fought so hard for could start to have some semblance of peace.


The authors capture time and place to perfection and there were times when I was confronted with so much emotional realism that I had to remind myself that this was a fictional account and not a true story. Thanks to the imagination and written magic of two very talented writers who have made the past come alive in a very special way, Evie, Tom and Will will continue to live on in my imagination for a very long time. 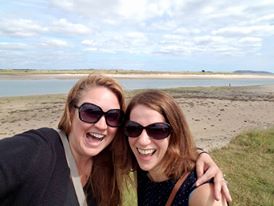 Hazel Gaynor is now working on her fifth solo novel, a re-imagining of the life of Victorian heroine Grace Darling, and the forgotten lives of female lighthouse keepers of the early 20th century. She is also working on her first book for children. 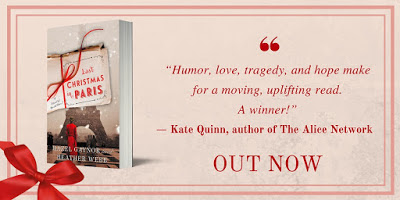