Blog Tour ~ That They Might Lovely Be by David Matthews 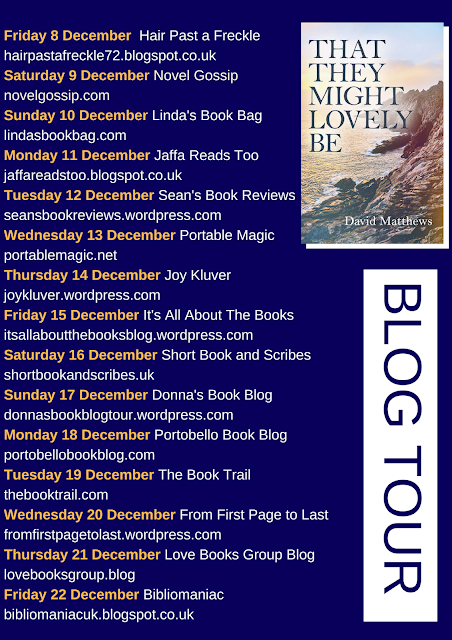 I am delighted to welcome the author, David Matthews today to tell us more about 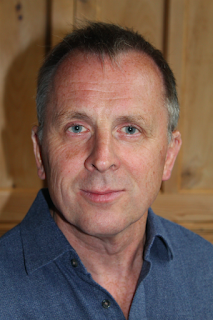 Hi and welcome to Jaffareadstoo, David. Tell us a little about yourself and what got you started as an author?

I chose to become an English teacher partly because that meant I could continue to delve into literature for a living. The more I read, the more I wanted to write. However, I spent the last eleven years of my career as headteacher of a comprehensive school in Croydon with very little time for anything other than running a school on a shoe-string budget. I scraped a couple of weeks together every summer for writing but it was only after I left teaching that I had enough time to refine the draft of That They Might Lovely Be so it was in a fit state to submit to publishers.

Where did you get the first flash of inspiration for That They Might Lovely Be?

A colleague of mine told me that he had been conceived by his mother after the menopause. She had been caught up in an air-raid in the Second World war and (so the story went) the shock shook up her insides so that conception became possible. He said that this condition, though uncommon, was popularly known as ‘The Fall’. Another friend told me that his father had been conceived after his parents heard that their only son had been killed on 11th November 1918, moments before the armistice; this second child (my friend’s father) was to be a consolation. Those two stories stayed with me. When my aunt passed on seventy handwritten pages describing life in a village in Kent, as the daughter of the village schoolmaster, I began to plot a story set between the two world wars.

What can you tell us about the story without revealing too much?

The story revolves around four characters. Hubert and Delia Simmonds are brother and sister, the children of the village schoolmaster. In the summer of 1914 they, with Geoffrey (Hubert’s friend from university) and Anstace (a school friend of Delia’s) they form a friendship which is then tested when war breaks out. This is not, however, a ‘war’ story except in so far as the next twenty years see the survivors working out the consequences of the choices they made during that first war. A child is born but his true identity is not discovered until towards the end of the book. There are secrets and buried memories which have first to be uncovered.

The book title is really interesting, where did the inspiration for the title come from?

At the heart of the story is a boy who, for the first ten years or so of his life is an elective mute. As the secrecy concerning his birth starts to disintegrate, he starts to speak. One evening, he is heard singing an Easter hymn and the book’s title is a line from that hymn, My Song is Love Unknown, the words by Samuel Crossman. Running throughout this story is the question: what is truly lovely in a brutal world?

When researching, That They Might Lovely Be, did you discover anything which surprised you?

I was educated at a Quaker boarding school so I was aware of the pacifist stance and conscientious objection of many Quakers during the world wars. I did not know much about the Friends’ Ambulance Unit or the conditions in prison of Quakers who refused to play even a non-combatant role in the war effort, 1914-18. Their experiences were as harrowing as those of the soldiers on the front-line but they had none of the adulation from the general public to help them cope. Reading my aunt’s memoirs was also a revelation. I came to understand far more about the class hierarchy and social constraints which dominated rural life in the first half of the 20th century. I also had a first-hand view into the details of domestic life for an ordinary, lower-middle-class family.

And finally, what do you hope readers will take away from the story?

I have deliberately set the story during one of the most turbulent periods in recent history. There are some disturbing scenes and there are some truly dysfunctional behaviours. It would be easy to feel the full weight of the world’s horrors. But this story is redemptive. It is about love which transcends aggression, social conventions and the devastatingly petty preoccupations we live with. This love, I suggest, is holy. I should like the reader to engage with the patterns of imagery and symbolism in the book and appreciate the emergence of a holy, redemptive love. I hope that the reader will see the crafting of the story and enjoy the way the layers of meaning sit within a thoroughly absorbing story-line.

No-one thought Bertie Simmonds could speak. So, when he is heard singing an Easter hymn, this is not so much the miracle some think as a bolt drawn back, releasing long-repressed emotions with potentially devastating consequences...

A decade later, Bertie marries Anstace, a woman old enough to be his mother, and another layer of mystery starts to peel away. Beginning in a village in Kent and set between the two World Wars, That They Might Lovely Be stretches from the hell of Flanders, to the liberating beauty of the Breton coast, recounting a love affair which embraces the living and the dead.

David Matthews grew up in Lee on Solent, Hampshire. Following his degree at King's College London and various jobs including selling personalised matchboxes and working in a Covent Garden printing house, David became a teacher. He taught English for twenty two years and was a headteacher for eleven. His play 'Under the Shadow of your Wings' was professionally directed and performed in the summer of 2015, as part of Croydon's heritage festival. He now divides his time between family life in Croydon  and renovating a cottage in south-west France.