Christmas Read ~ The Deaths of December by Susi Holliday

As the country relaxes into festive cheer, Greene and DS Eddie Carmine must race against time to catch the killer. Because there are four doors left, and four murders will fill them...

It's shaping up to be a deadly little Christmas.

My thoughts...
There's so much wholesome goodness in an advent calendar. Looking under each door to discover the hidden delight is something everyone can look forward to in the run up to Christmas. Now, when you've read The Deaths of December, the question is....will you be quite so eager to peak beneath the doors on your Advent calendar?

What looks to be an ordinary advent calendar lands on DC Becky Greene's desk in the police incident room and reveals far more than your average piece of dairy milk chocolate. Behind each door lies a photograph which reveals something horrific and which puts the whole investigative team on a race  against time to find whoever sent the calendar before their luck runs out.

This is an intelligently plotted and suspenseful crime story which doesn't get too encumbered by unnecessary police procedural stuff but which focuses on the realistic race to find the perpetrator of a series of violent deaths. The killer seems to taunt the police team, and for one member in particular, the race becomes a very personal challenge. We see two aspects of the story, that of the perpetrator, and also that of the two officers who are hell bent on finding the killer before the last few doors on the advent calendar are opened. DC Becky Greene and her relationship with her boss, DS Eddie Carmine is nicely developed and adds human interest to what is, in effect, a very dark story which has, it must be said, very little festive cheer.

I've read this author's crime stories before and am always intrigued by her ability to control a complicated story line with relative ease. She takes you by the hand and leads you into some very dark and dangerous places but does so with a light touch and an easy manner. 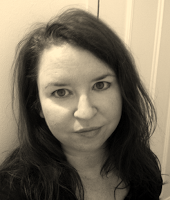