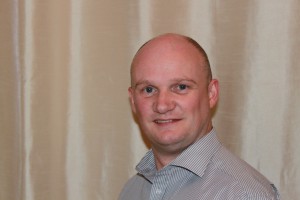 Why I write Historical Fiction
by
John R Mckay

I would like to thank Jo for giving me the opportunity to pass on my thoughts regarding the genre of literature I am most interested in and which has influenced my own writing - Historical Fiction.

I have been interested in history for as long as I can remember. My main interest is with twentieth century history and in particular the two world wars and military history. I have had a fascination for this period as it, more than any other period of our history, has shaped the way we live right now.

I have read many, many books on the subject, both factual and fictional and it was therefore natural that when I starting on my own writing path, this would be the genre to which I would concentrate. After all, they say that writers should write about what they know!

However, I am interested in history in general and will read books if they attract my interest. I particularly like the work of Wilbur Smith (mainly his early work and the Egyptian series), Sebastian Faulkes, Simon Scarrow (the Napoleon/Wellington series is particularly good) and, although contemporarily written, Charles Dickens, who has to be my all time favourite writer.

There is so much in history that can provide a backdrop for a good story. Whether it is the industrial revolution, ancient Rome or the two world wars, there is always something interesting to read, or write about and base a story around. Historical fiction can take a reader back to those times: to what it was like to live in Victorian London; to be a legionary under the command of Caesar; or a sailor on the dreadful voyages to the Soviet Union in 1942. There is an endless list for the historical fiction author to draw from to get their ideas and storylines.

I don’t consider myself an expert on twentieth century history but I do know enough to construct a story based around actual events and this is always backed up with a lot of research before I start on any project. For my first novel, ‘The Journal’, I read many books on the Battle of Arras in 1917 and also on the London Blitz so that those scenes would be as historically accurate as possible.

Prior to starting my second novel, ‘The Absolution Of Otto Finkel’ I once again studied hard before putting pen to paper. I discovered many incidents from WW2 that I had not known about and included these situations in the novel.

For my latest work, ‘The Worst Journey In The World’, I interviewed a veteran of the Arctic Convoys and visited the Imperial War Museum in London to broaden my knowledge enough to ensure it was as accurate as possible. I feel that to get the minutiae correct ensures the reader gets a feel for the time the story is set in.

I personally like to get the small things correct, even if it does not add to the plot. It’s all about the detail. In ‘The Worst Journey In The World’ I thought I owed it to those sailors to make sure that it was just how they had experienced it; from the food they ate and clothes they wore to the equipment they used and the nervous anticipation and fear they felt as they were about to go into battle. If a book is to be based on real events then it should be as factually correct as is possible, to every detail.

Living in Mons, Belgium for three years in the early 1990s whilst in the armed forces was a good foundation for the knowledge I gained in relation to the First World War. Whilst there I visited many sites (Ypres, The Somme, Passchendaele) and this is where my interest grew. I always intended to write a novel around the war and am very proud of my third novel, ‘The Sun Will Always Shine’, the story of two brothers caught up in the horrors of the trenches.

I remain fascinated and intrigued with history and historical fiction and these are the first books I will look at when looking for something new to read when in a bookshop. Not only do they entertain, they broaden your knowledge. And they also give me ideas and inspiration to keep me writing.

Huge thanks  to John for being my Hist Fic author in the spotlight today and for sharing his love of historical fiction with us.