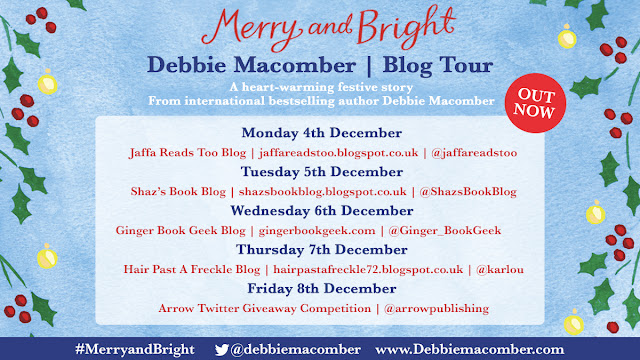 Merry Smith is relying on her temping job at Matterson Consulting to last until Christmas but she keeps getting on the wrong side of her grumpy boss, Jayson Bright, who seems to be determined to find fault with everything Merry does. Merry's sweet nature doesn't let too many things get the better of her as her life at home, although fraught with difficulties, is filled with warmth and love. On the other hand, Jayson Bright is finding that the pressure of keeping his business afloat in a competitive market, means that he has little time for love and, it would seem, that he isn't very good at personal relationships. However, fate has a funny way of intervening and in Merry and Bright there are a whole heap of surprises to discover about life and love.

I really enjoyed this festive story which has such a lovely warmth to it that you can't help but be drawn into the whole concept of finding love in the most unexpected of places. Merry and Bright is written with a lovely light touch which gets right into the heart of family life and which shows that the true spirit of Christmas comes from being with those we love. The warmth of Merry's life is shown in direct contrast to Jason, who, although he has so much materially, he has little love in his life and he comes across as a rather lost and lonely figure.

There is no doubt that this talented author really knows how to hold the reader's interest, and with fine attention to detail, and a lovely array of characters, she gives exactly what her readers love to find in a wonderfully, festive read. 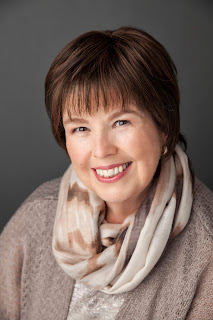 Debbie Macomber is a No. 1 New York Times bestselling author and one of today’s most popular writers. In addition to fiction, Debbie has also published two bestselling cookbooks; numerous inspirational and nonfiction works; and two acclaimed children’s books. The beloved and bestselling Cedar Cove series became Hallmark Channel’s first dramatic scripted television series, Debbie Macomber's Cedar Cove, which was ranked as the top program on US cable TV when it debuted in summer 2013. Hallmark has also produced many successful films based on Debbie’s bestselling Christmas novels. Debbie Macomber owns her own tea room, and a yarn store, A Good Yarn, named after the shop featured in her popular Blossom Street novels. She and her husband, Wayne, serve on the Guideposts National Advisory Cabinet, and she is World Vision’s international spokesperson for their Knit for Kids charity initiative. A devoted grandmother, Debbie and her husband Wayne live in Port Orchard, Washington (the town on which her Cedar Cove novels are based) and winter in Florida.