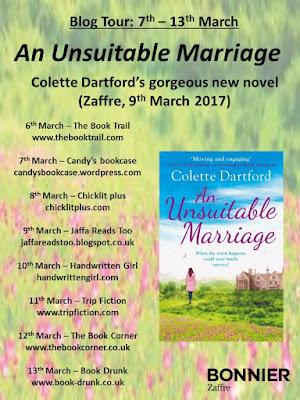 It was Olivia who found the boy. She only went to the changing room because she thought that was where she had dropped her keys, and there he was, suspended from a coat hook, a black leather belt round his neck. At that moment she knew why people claimed not to believe their eyes. It seemed an odd expression, implying one’s eyes had the capacity for deceit, but now she understood it completely.

His face was ashen – a greyish sort of white – his lips tinged with blue. Olivia clamped her hand over her mouth to stifle a cry. She wanted to call the boy’s name but was too shocked to remember it. Instead she lunged forward, grabbed his legs in a kind of bear hug and took the weight of his body in her arms. The obvious thing was to shout for help, but the changing rooms were out of bounds after supper so nobody would hear. She released her right arm, taking all his weight in the left, reached up to the metal buckle and pulled it undone with a hard tug. The boy slumped forward over her shoulder. Freddie Burton. Of course. Olivia laid him on the bench that ran under the row of hooks and felt his vividly bruised neck for a pulse. New houseparents had to take a first aid course, otherwise she wouldn’t have known that the carotid pulse can be felt on either side of the windpipe, just below the jaw. It was weak and faint, barely there.

She didn’t know if that was true but it seemed the right thing to say. As gently as she could, she manoeuvred him into a sitting position and from there managed to roll him over her shoulder. His build was as stocky as hers was slight, and he felt awkward and heavy as she carried him, fireman-like, along the dimly lit corridor and out into the deserted quad. His bony shoulder pressed painfully into hers. She breathed through the pain, the way she had when Edward was born.

A biting wind whipped fallen leaves into a frenzy. Its ghostly howls drowned Olivia’s pleas for help and she braced herself to scream. From the pit of her stomach she released a shrill, desperate sound, bringing Leo Sheridan, Freddie and Edward’s housemaster, to the dorm-room window. He flung it open and shouted down to her.

Seconds later Leo was in the quad, dashing towards her. Explanations could wait. He relieved her of the boy and carried him into the school building, up the wide stone staircase and past the girls’ dorm to sickbay, where Matron was waiting, her face slack with shock.

‘I’ve called the ambulance and Martin’s on his way,’ she said, helping Leo lay the boy down on a narrow metal-framed bed. Olivia hated the sickbay beds. They had something of a mental asylum about them: austere, cold, frighteningly functional. Matron checked the boy’s pulse and respiration while Olivia recounted how she had found him, but then Martin Rutherford, the headmaster, rushed in, panting as if he had run from his house at the end of the long driveway, and she had to repeat it all again. He put his hands to his forehead, almost covering his eyes, and shook his head.

Olivia summarised. ‘He tried to hang himself.’

‘Good heavens,’ gasped Martin. ‘Is he going to be all right?’

‘He’s breathing,’ said Matron, ‘and there’s a faint pulse. The ambulance will be here soon.’

Martin’s sickly pallor was now strikingly similar to Freddie’s. ‘I should call his parents,’ he said. ‘Burton, isn’t it?’

‘Yes,’ said Leo. ‘He’s in my dorm. Th e parents are divorced so there are two numbers.’

Martin ran a hand through his thinning hair and pulled himself up into headmaster mode. ‘Fetch those numbers, would you, please,’ he said. ‘And don’t say anything to the other boys yet. Th is needs to be handled sensitively.’

Olivia didn’t envy Martin the task of breaking the news to Freddie’s parents, a thought interrupted by the piercing scream of approaching sirens, and then everything happened very quickly. Two paramedics checked Freddie’s vital signs, put a collar round his neck and whisked him off to hospital with Matron by his side. Martin and Olivia watched in silence as the ambulance sped away, its flashing blue lights fading into the inclement night.

In the tense weeks that followed, an ominous cloud of rumour and disquiet descended on St Bede’s. The press relished an opportunity to engage in a bit of finger-wagging, vilifying those callous parents who ‘farmed out’ the care of their off spring to expensive boarding schools. They dragged up cases where deviant adults had sought out such establishments in order to gain access to vulnerable children. Martin attributed these articles to resentment about perceived privilege and elitism, but it didn’t help that Freddie’s father, Toby Burton, gave an interview citing the school’s ‘near fatal neglect of his son’s welfare’.

It was Freddie who set the record straight. He had lingered in a coma for five agonising days before the prayers offered up at morning chapel were finally answered. He explained that he had hung himself from a coat hook as an early Halloween stunt, his sole intention being to ‘scare the shit’ out of his friends. Freddie was well known as an attention seeker, a serial prankster, but even for him this seemed extreme. Didn’t he realise how dangerous it was, that he could have died? Th is, Martin confided to Olivia, is what he had asked when visiting Freddie in hospital, but the boy had shrugged and blamed it all on his friends. They were supposed to meet him in the dark and spooky changing room after supper, where they would have found him pretending to be hanged. He had stressed that, Martin said, because he was fed up with being asked stupid questions about whether he meant to harm himself. Olivia was surprised when Martin said that Freddie blamed Edward in particular, because he was the one who had piped up that Doctor Who was about to start, prompting Freddie’s friends to forget him altogether. ‘Let’s hope he never does anything like that again,’ said Olivia, to which Martin replied, ‘Amen.’

It was a relief when October half-term arrived and at chapel, on the last day of school, Martin urged staff and pupils to pray for a return to normality. They had just stood for a hymn – three rousing verses of ‘Give Me Joy in My Heart’ – when the strangest sensation of dread crept over Olivia. Not a premonition as such, but an inexplicable sense of foreboding. At least that’s what she claimed later, although she had no more inkling than anyone else that before the year was over, another boy would be discovered close to death, and this time she would know his name.

My thoughts about the story...


When Geoffrey’s factory went out of business it meant that he and his family had to face some momentous changes. Moving back into Geoffrey's childhood home and living with her mother-in-law was a move too far for his wife, Olivia, who took up a live-in job as houseparent at their son, Edward’s public school. Unfortunately, this absence meant that Geoffrey’s and Olivia’s marriage began to suffer.

What then follows is a story about the dissection of a marriage. On one hand it’s very modern dilemma which examines, not just marital disappointment and infidelity but its also about the very real problem of two people who are facing devastating changes in their family circumstances.

I think that the author captured the dissatisfaction and uncertainty of relationships really well and was able to give her characters a realistic edge to them. The connections between husband and wife, mother and sons and also between long term friendships are explored in some detail. Time and place is captured well and the stifled atmosphere of Edward’s public school with all the staff room gossip and innuendo is particularly interesting.

There is a lot going on in the novel, with some quite dark moments, and also some scenarios that you could see coming which made me wonder just what the outcome was going to be. However, there are some lighter moments which give light and shade to what is an interesting story about what happens when people simply start to want different things from a marriage. 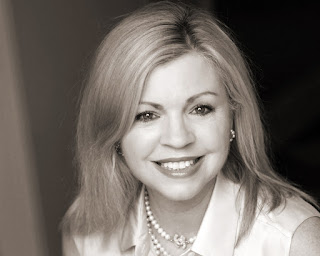