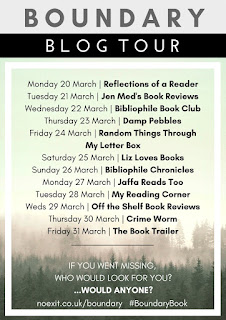 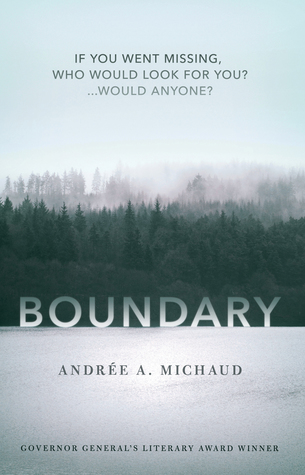 
It’s the summer of 1967. The sun shines brightly over Boundary lake, a holiday haven on the US Canadian border. Families relax in the heat, happy and carefree. Hours tick away to the sound of radios playing ‘Lucy in the Sky with Diamonds’ and ‘A Whiter Shade of Pale’. Children run along the beach as the heady smell of barbecues fills the air. Zaza Mulligan and Sissy Morgan, with their long, tanned legs and silky hair, relish their growing reputation as the red and blond Lolitas. Life seems idyllic. But then Zaza disappears, and the skies begin to cloud over…

The story evolves ever so slowly, and there is much to take in, both in terms of the unfolding narration, and also in the evocative description of life in a small and rather cloistered community. Situated as it is, on the US-Canadian border, Bondrée seems to be one of those mistrustful places, filled with secrets, and dark with the menace of its past. But in the blissful summer of 1967, it is also a place where families go on holiday, and where Zaza Mulligan and Sissy Morgan, both on the cusp of young adulthood, feel free to roam. But then Zaza disappears, and everything changes.

Told from the perspective of multiple narrators, the story takes a little getting used to; both in terms of content and also in the way the plot seems to take its time in coming together. The language is redolent with meaning and I think that this is where the overall strength of the novel lies. The sense of community, the isolation and the shattering splendour of the place help to carry the story, perhaps, rather more than the plot itself.

I sometimes worry that books in translation will perhaps lack a certain je ne sais quoi, but that's not the case with Boundary, which has been beautifully translated from its original French. The unhurried nature of its action, whilst not fast paced by any means, is both intelligent and careful and nothing superfluous is allowed to spoil the impact of the story’s final conclusion.

I should point out that if you want a fast action, all guns blazing thriller then this is probably not going to work for you. However, if you want a quietly considered, beautifully descriptive novel that looks at the devastating effect of tragedy on a community then do give Bondrée a chance.

Andrée A. Michaud is the multi award-winning author of ten novels. Her latest work, Boundary (Bondrée) was awarded Canada’s Governor General’s Literary Award for Fiction and the Arthur Ellis Award for best crime novel. As she has done since her very first book, Michaud fashions an eminently personal work that never ceases to garner praise from critics and avid mystery readers alike. She lives in Canada.

Donald Winkler is a Canadian documentary maker and Donald Winkler French-to-English literary translator. He won the Canada’s Governor General's Award for French to English translation in 1994, 2011 and 2013.

Boundary was published by No Exit Press on the 23rd March.